Son of slain NYC police officer writes Facebook tribute to his dad: 'Today is the worst day of my life' 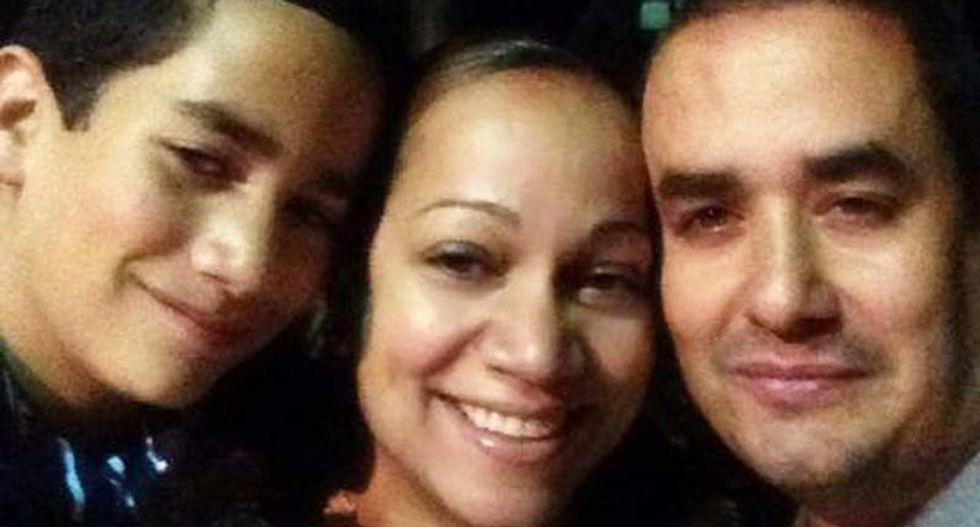 The son of a New York City police officer, killed in the line of duty in Brooklyn on Saturday, took to his Facebook to honor his dad, calling him "The best father I could ask for."

Jaden Ramos, son of slain officer Rafael Ramos, mourned his father in an earlier post, writing: "Today is the worst day of my life."

Hours after hearing his father had been killed in the line of duty, the 13-year-old Jaden wrote: "Today I had to say bye to my father. He was there for me everyday of my life, he was the best father I could ask for. It's horrible that someone gets shot dead just for being a police officer. Everyone says they hate cops but they are the people that they call for help. I will always love you and I will never forget you. RIP Dad."

Eleven days ago, Ramos wished his father a happy 40th birthday, writing: "Happy birthday to the best dad in the world, you are always there for me even when it's almost impossible. We have so many good times it's not even funny, I love you so much.....How does it feel to be 40 ? Your getting old dad but you still look good . Hope you have the best birthday, you deserve it."

The post by the younger Ramos has brought forth an outpouring of sympathy and prayers from people around the world.