The holy grail of the Beat era: Neal Cassady's letter to be sold at auction after being lost for decades 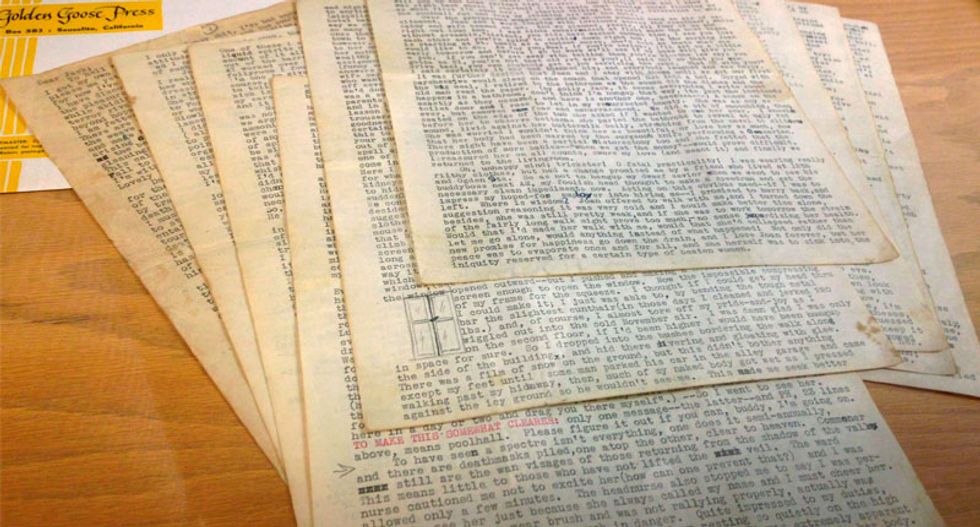 An 18-page letter written by Beat-era icon Neal Cassady that transformed Jack Kerouac's writing style will be auctioned off this month as the highlight of a collection of work that could fetch about $500,000 (£317,863).

The 16,000-word, stream-of-consciousness missive, which was shown to reporters on Monday for the first time, was missing for decades until it was found among several unopened boxes in a garage in Northern California a few years ago.

It will be sold at auction Dec. 17, exactly 64 years after Cassady wrote it. The reserve price, at which serious bidding will begin, is set between $300,000 and $500,000, according to auction house Profiles in History.

The Beat Museum in San Francisco plans to bid on the letter and eventually display it publicly and publish it, museum founder Jerry Cimino said. The museum launched an online campaign to raise half a million dollars to buy the letter.

"We literally call it the holy grail of the Beat Generation," Cimino said, noting that its compact, spontaneous style inspired Kerouac to write his novel "On the Road."

A portion of the Cassady letter, beginning with the words "to have seen a specter isn't everything," was preserved and widely published. But it has long been known that the vast majority of the so-called "Joan Anderson" letter was missing.

Under current U.S. law, work that has not been published remains in copyright for 70 years after the death of the author. Cassady died in 1968.

In the letter, Cassady describes a series of adventures, including climbing out of a window when a woman's mother unexpectedly came home. He also drew a picture of the window in the letter shown to reporters.

Allen Ginsberg, a seminal Beat poet who referenced Cassady's antics in his poem "Howl," sent the letter to a publishing company, Golden Goose. But the company folded and the letter went unread until Jean Spinosa, 41, came across the Golden Goose archives in her father's garage after his death.

She said she is among a handful of people who have read the letter in full.