Tibetan woman burns herself to death in China: reports 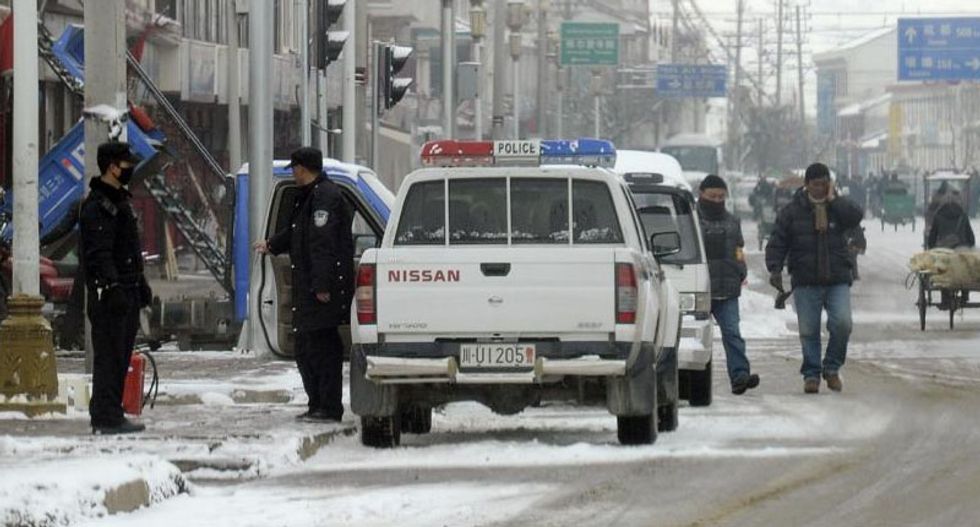 File photo of the main road through Aba county town in Sichuan province, where a Tibetan woman has died December 23, 2014 after setting herself on fire in protest at China's rule of the region (AFP Photo/Peter Parks)

A Tibetan woman died on Tuesday after setting herself on fire in protest at China's rule of the Himalayan region, rights groups and media said.

Tsepe Kyi set herself alight in the centre of a town in Aba county, known in Tibetan as Ngaba county, in southwest Sichuan province, Free Tibet and US-funded Radio Free Asia (RFA) said.

The 20-year-old set fire to herself in "protest against China’s repressive policies", RFA said in a report Tuesday, citing anonymous local sources.

Tsepe had been living with her parents as a nomad at the time of the protest and her brother was taken away by police following her death, RFA said, citing local sources.

The protest is the second this month in the same town where a father of two set himself alight and died, according to International Campaign for Tibet (ICT).

Calls to police and the Aba county government by AFP were not answered.

There have been more than 130 cases of Tibetans setting themselves on fire in China since 2009, most of them fatal, both the ICT and RFA said.

ICT and RFA said earlier this month that a Tibetan man died after setting himself on fire in western China's Gansu province.

Self-immolations peaked in the run-up to the ruling Communist Party's pivotal five-yearly congress in November 2012, and have become less common since.

Many Tibetans in China accuse the government of religious repression and eroding their culture, as the country's majority Han ethnic group increasingly moves into historically Tibetan areas.

Beijing condemns the acts and blames them on exiled Tibetan leader the Dalai Lama, saying he uses them to further a separatist agenda.

The Dalai Lama, a Nobel Peace laureate who has lived in India since 1959 after a failed uprising in Tibet, has described the self-immolations as acts of desperation that he is powerless to stop.