U.S. couple returns home after being cleared of murder charges in Qatar 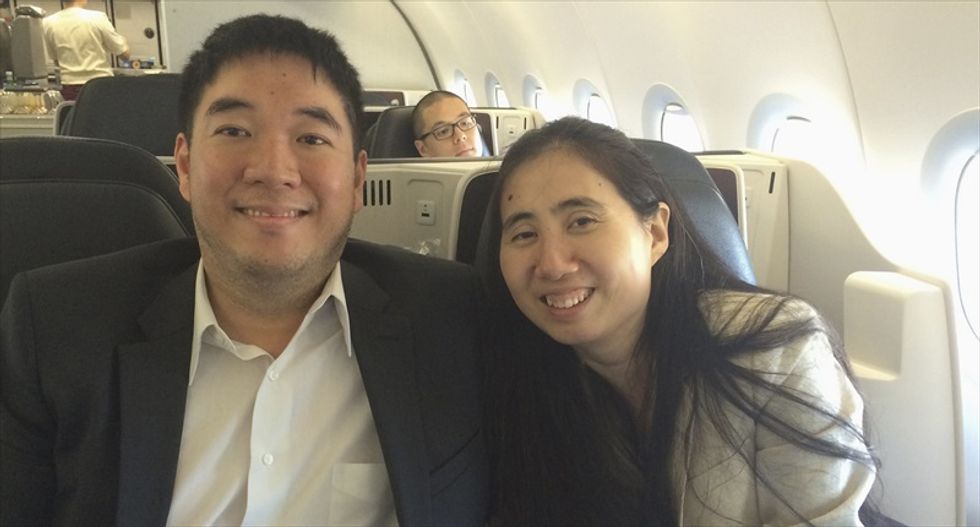 An American couple convicted and later cleared of wrongdoing in the death of their adopted African-born daughter in Qatar returned to Los Angeles on Thursday afternoon, a family spokesman said on Twitter.

Matthew and Grace Huang left the tiny Gulf Arab state on Wednesday after a ban on their travel issued by that government was lifted, ending a nearly two-year ordeal.

"Mission accomplished. Matt and Grace are in Los Angeles. They have not stopped smiling," spokesman Eric Volz said in a tweet posted about 3 p.m. PST.

He later tweeted that the Huangs were "on their way to be reunited with their sons."

A website created to publicize the case said the Huangs had moved to Qatar so that Matthew Huang, a Stanford-trained engineer, could work on a project related to the 2022 World Cup.

The Huangs were arrested in January 2013 after an autopsy found their 8-year-old daughter, Gloria, died of dehydration and cachexia, an irreversible loss of body mass. The couple said Gloria suffered from malnutrition-related diseases since they adopted her from Ghana at age 4.

Matthew and Grace Huang had initially been charged with murder in the death and were convicted of lesser child endangerment charges earlier this year in connection with Gloria's death, according to a support website for the family.

U.S. State Department officials had expressed concerns that cultural misunderstandings could have played a role in the couple's prosecution in a country unaccustomed to multiracial families and adoption.

A Qatar appeals court threw out the convictions against the couple on Sunday. But when they subsequently sought to leave Qatar, they were stopped at the Doha airport and their passports seized, Volz said earlier this week.

"I am thrilled to announce that the Huangs are leaving Qatar after having the travel ban lifted," said California Innocence Project director Justin Brooks, whose organization had been involved in the case.