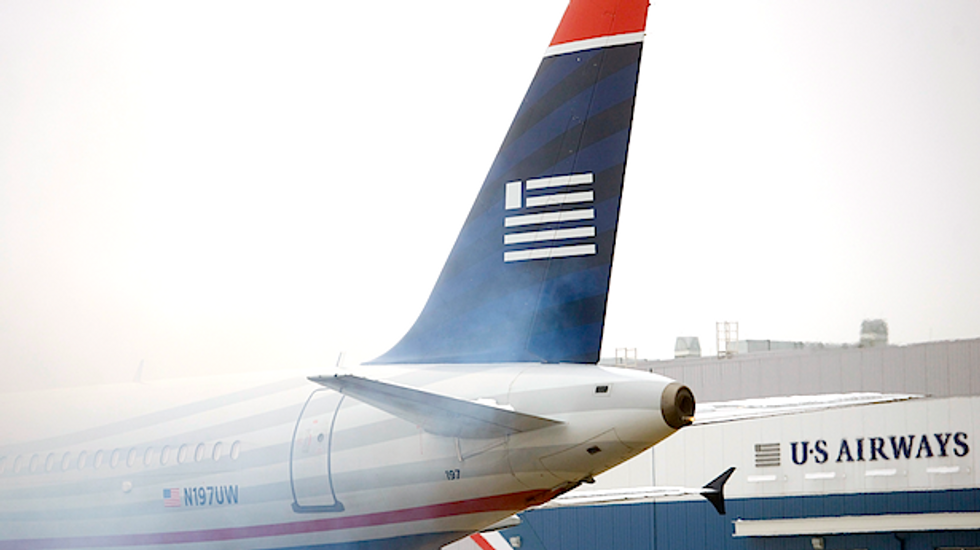 A US Airways plane made an emergency landing in Rome after two passengers and 11 members of the crew were taken ill.

The plane, which set off from Tel Aviv in Israel for Philadelphia in the United States, landed at the Fiumicino airport in the Italian capital.

"While in flight, an unusual odor was detected by several flight attendants and they began to feel ill," the company said in a statement.

"The aircraft, an Airbus A330 with 129 passengers, landed safely and all passengers have been re-accommodated on other flights."

US Airways said the affected passengers and crew were checked by airport medical personnel before being taken to the G.B. Grassi Lido di Ostia hospital near Rome. They have since been released.

"The aircraft is being evaluated by our maintenance team to determine what may have caused the odor," the company added.

A malfunction in the Airbus A330's ventilation system could be to blame, reports said.