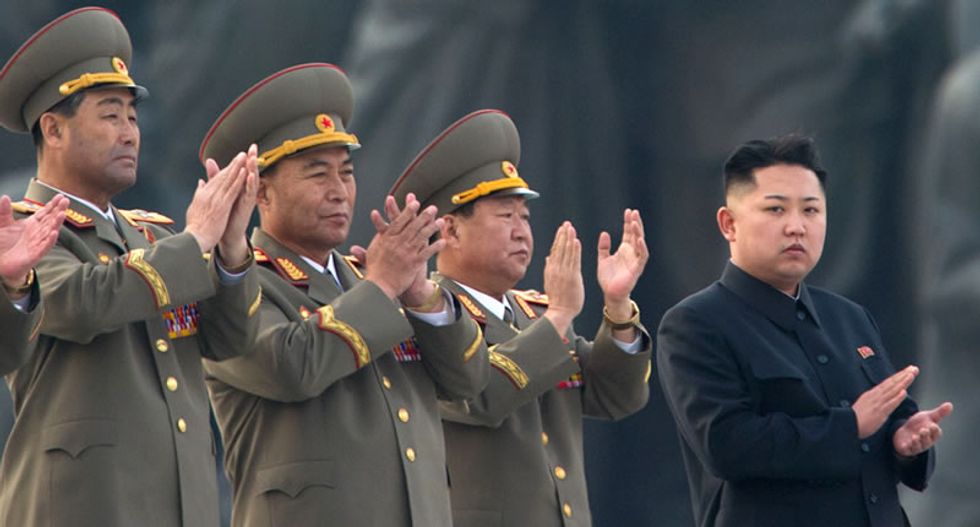 The deal, which is to be signed on Monday according to South Korea's defence ministry, comes at a time of heightened concern about North Korea's nuclear and missile programmes, which are seen as a major security concern in the Pacific region and beyond.

But in a sign of the long-held distrust between Seoul and Tokyo, South Korea will not pass military information directly to Japan, and will instead use the US as an intermediary.

The nuclear-armed North has threatened the US and South Korea with nuclear strikes, most recently over a UN resolution on its human rights abuses and Sony Pictures' madcap comedy "The Interview".

"This will be effective in deterring provocations from North Korea, and we hope it will help the three nations respond swiftly to the North's nuclear and missile threats," a South Korean defence ministry spokesman told AFP.

The scope of information to be shared between the three countries will be confined to intelligence on threats related to North Korea, reflecting negative public sentiment in South Korea towards greater cooperation with Japan.

As a result, rather than sharing military information directly with Japan, South Korea will provide its intelligence through the US.

The United States, which maintains separate bilateral military accords with both South Korea and Japan, has pushed for better defence cooperation between its allies in the face of China's growing influence in the region.

But negotiations on forging a bilateral military deal between Seoul and Tokyo fell apart two years ago when a territorial row intensified over disputed islands in the Sea of Japan (East Sea).

Relations between the two countries are currently at their lowest ebb for years due to various other disputes linked to Japan's 1910-45 rule over the Korean peninsula.

Seoul, which seeks to expand strategic ties with Beijing, has also been reluctant to join a US-led missile defence system intended to keep China in check.