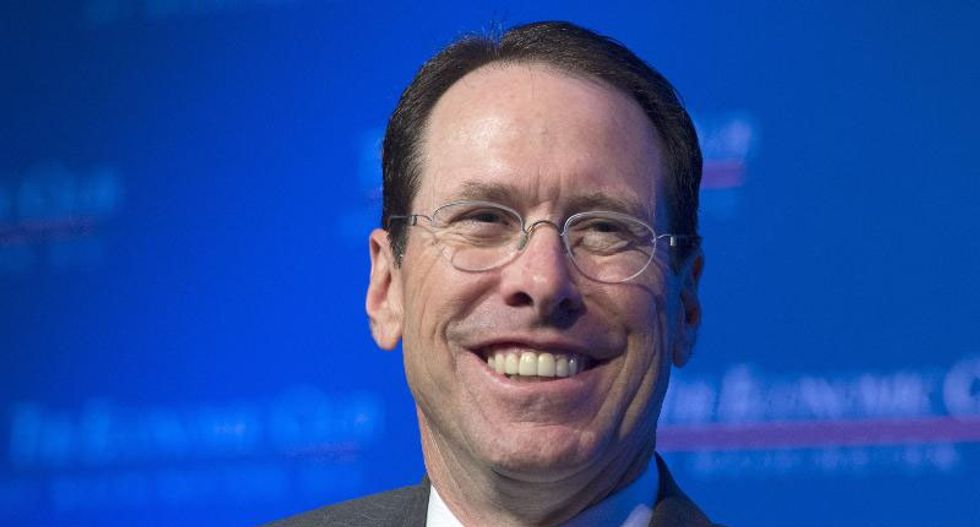 Randall Stephenson, Chairman and CEO of AT&T and chairman of the Business Roundtable, speaks at the Economic Club of Washington on June 17, 2014 in Washington, DC (AFP Photo/Saul Loeb)

Chief executives of major US companies are slightly less optimistic about the economy than three months ago and plan to cut capital spending next year, according to a survey published Tuesday.

The Business Roundtable, an association of CEOs of leading companies, said its Economic Outlook Index for the coming six months fell to 85.1 in the fourth quarter from 86.4 in the third quarter.

The index was a bit higher than the 84.5 reading in the 2013 fourth quarter, which included the October federal government shutdown over a budget dispute between Democratic President Barack Obama and Republican lawmakers.

Expectations for capital spending took the biggest hit in the latest survey, falling 5.8 points to 73.3. Executives' outlook for sales dimmed by 1.3 points to 115.1.

Hiring expectations rose, by 3.6 points to 67.1, following a decline in the third quarter.

Overall, the business leaders projected the US economy will grow only 2.4 percent next year, compared to 2.6-3.0 percent predicted by the Federal Reserve and a slightly faster pace forecast by the International Monetary Fund.

"The economy ended the year essentially where it started -- performing below its potential," said Randall Stephenson, chairman of Business Roundtable and chairman and CEO of telecom giant AT&T Inc.

Survey respondents said the two most significant factors hampering their investment spending were US tax policy and regulatory issues.

Thirty-nine percent of CEOs said that regulatory costs were their largest cost pressure over the next six months.

Stephenson called on Congress to extend business tax breaks due to expire at the end of the month and to give the president greater powers to negotiate trade deals, actions that would "encourage additional business investment in the United States to help the economy grow and create more jobs."

Stephenson, in a conference call with reporters, said the US corporate tax rate should be in line with the Organisation for Economic Co-operation and Development's average of 25 percent. It currently stands at 35 percent.

He said the survey did not address the international impact on businesses' economic outlook but that the weakness in Europe and Asia had "nothing but a suppressive effect on their sales outlook."