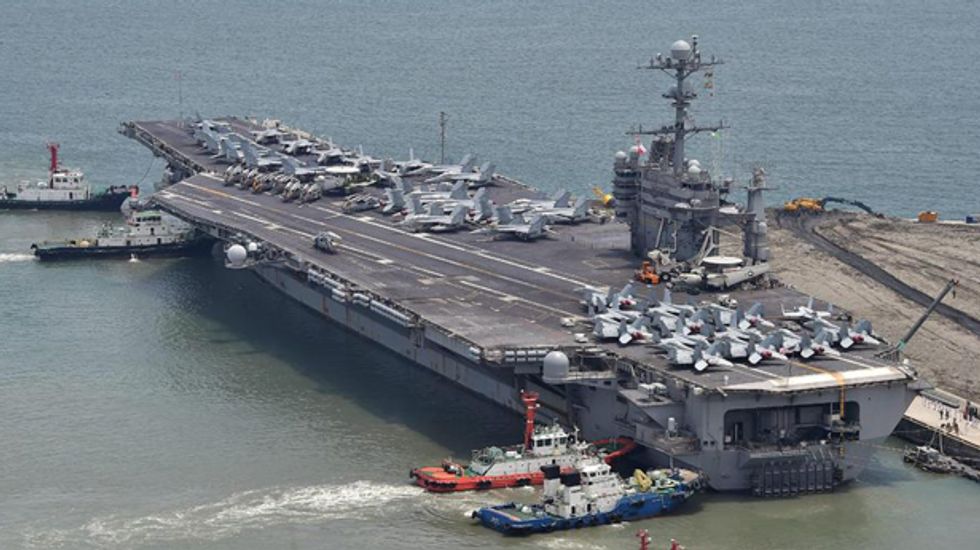 A US Navy civilian engineer was arrested on charges of trying to steal schematics of a new nuclear aircraft carrier and have them sent to Egypt, the Justice Department said.

An undercover FBI agent posed as an Egyptian intelligence officer to snare Mostafa Ahmed Awwad, 35, from the state of Virginia, who is charged with two counts of attempting to export defense articles and technical data.

He faces a statutory maximum sentence of 20 years in prison on each count if convicted.

Awwad told the undercover agent -- whom he believed was an Egyptian government official -- that it was his intention to utilize his position of trust with the US Navy to obtain military technology for use by the Egyptian government, the Justice Department said.

That included the designs of the USS Gerald R. Ford nuclear aircraft carrier, which is under construction.

Awwad is scheduled to appear for a detention hearing on Wednesday.