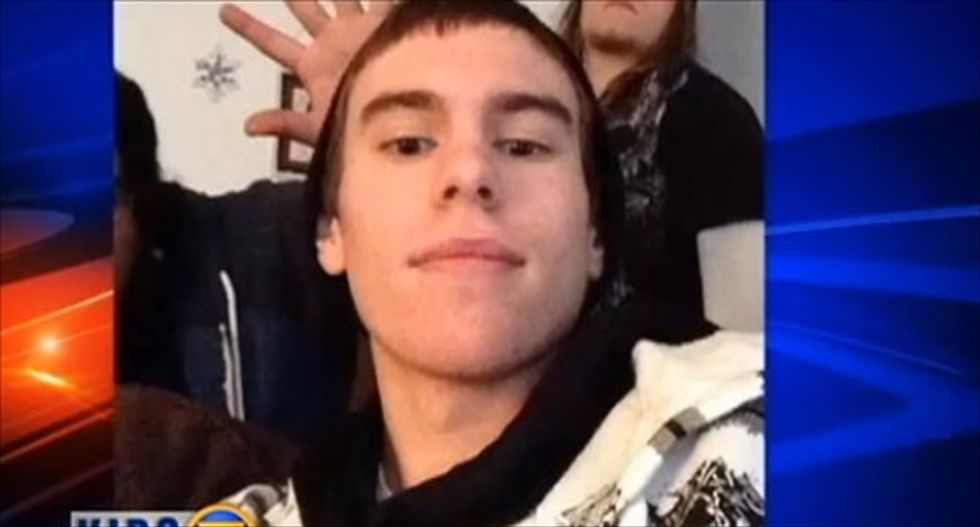 A Washington state high school student died early on Sunday after agreeing to let himself be punched in the face to settle a dispute with a friend and schoolmate, KIRO-TV reported.

Authorities in Snohomish County said 18-year-old Jarom Thomas sustained fatal injuries when his head hit the pavement after being punched by the suspect, 18-year-old Michael Shane Galen. Galen was charged with second-degree manslaughter and was held on $10,000 bail at a court hearing on Monday. The two teens attended Crossroads High School and reportedly knew one another.

"To the parents of the kid it happened [to], please, I'm so sorry he did this," the suspect's father, Mike Galen, said outside the courtroom. "Please forgive me and forgive him."

The Seattle Times reported that Michael Galen got into an argument with Thomas during a party early Sunday morning, after Galen backed his car into another vehicle. Thomas was sitting in the passenger seat of the other vehicle at the time of the impact. The cabin was located outside Lake Roesiger, about 45 miles from Seattle.

The suspect drove away from the party but allegedly got into a dispute with Thomas after returning. Court documents said the two teens agreed to "resolve their differences" with an agreement allowing Galen to punch Thomas once in the face. They then reportedly "shook hands pertaining to their agreement, and then smoked a cigarette together."

When Galen hit Thomas, the victim allegedly fell backwards and hit the concrete roadway outside the cabin. The suspect then joined other partygoers in taking Thomas inside the cabin, where they failed to revive him. Thomas was taken to a hospital in nearby Everett by another friend, but died that morning. Galen was arrested later that day.

"Michael said to me, 'Dad he's my friend - he got in my face and told me to hit him,'" the suspect's father said. "They were all drinking and things got out of hand."

Watch KIRO's report, as aired on Monday, below.