WATCH: Stephen Colbert gets a send-off from a star-studded group -- plus Santa and Abe Lincoln 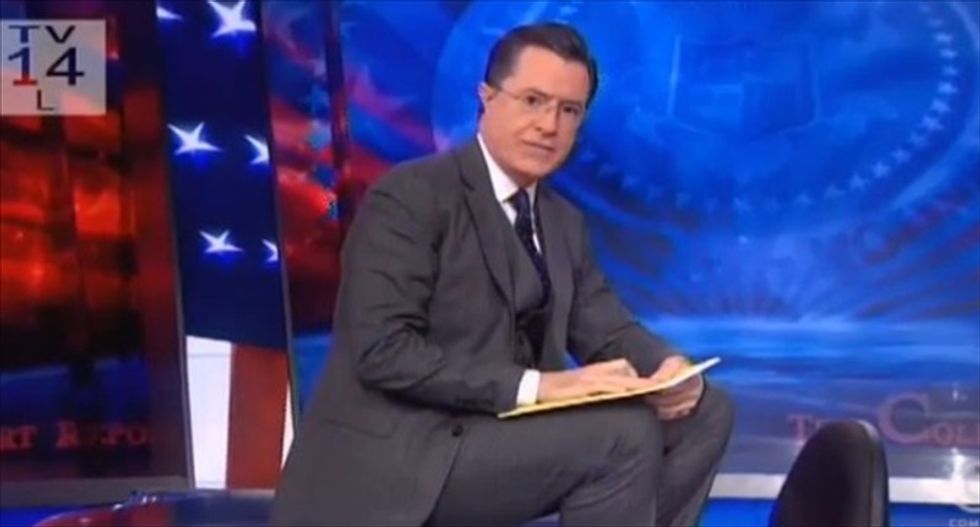 Stephen Colbert headed into "immortality" on Thursday night alongside a room full of friends and former guests on the Colbert Report finale, before taking to the skies with some of his heroes.

"Thanks for taking some of your rapidly-dwindling time on Earth to be with me," he told the viewers as the final segment began, before showing them a "bucket list" that went from life ambitions to "things I wanted to eat out of a bucket."

But instead of saying goodbye, Colbert assured his fans, "We'll meet again," kicking off a rendition of the Dame Vera Lynn classic alongside former Daily Show boss Jon Stewart and Randy Newman on piano.

As the song continued, the stage began to fill with groupings that seemed improbable, like Sam Waterston and Keith Olbermann flanking Big Bird, Jeff Daniels, and Cyndi Lauper: 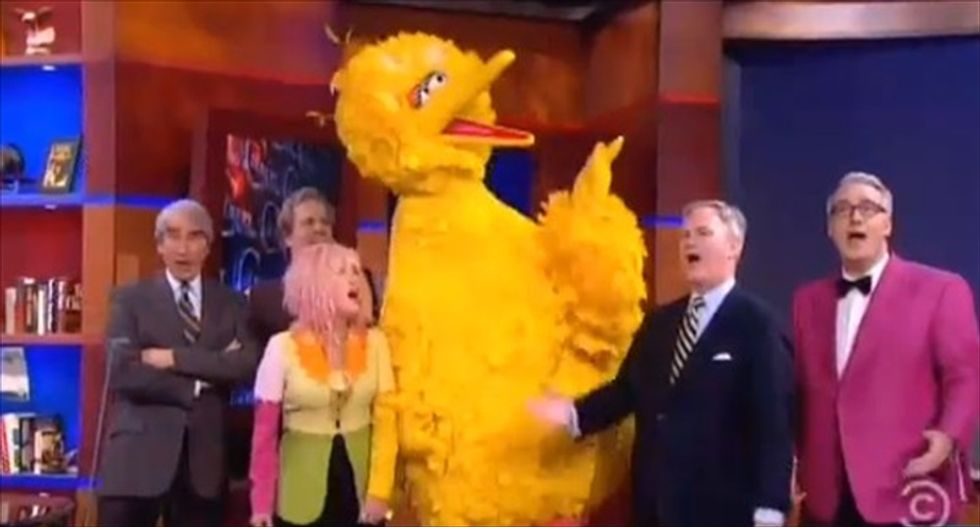 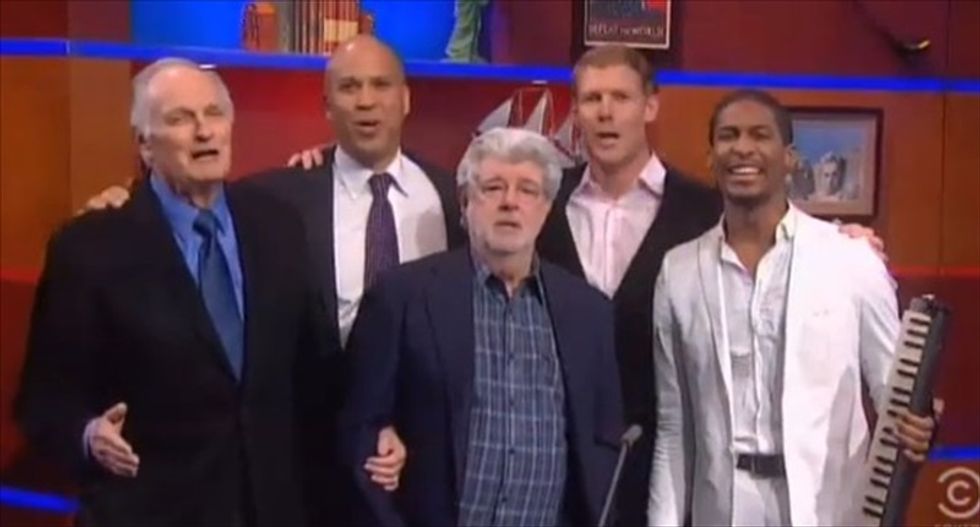 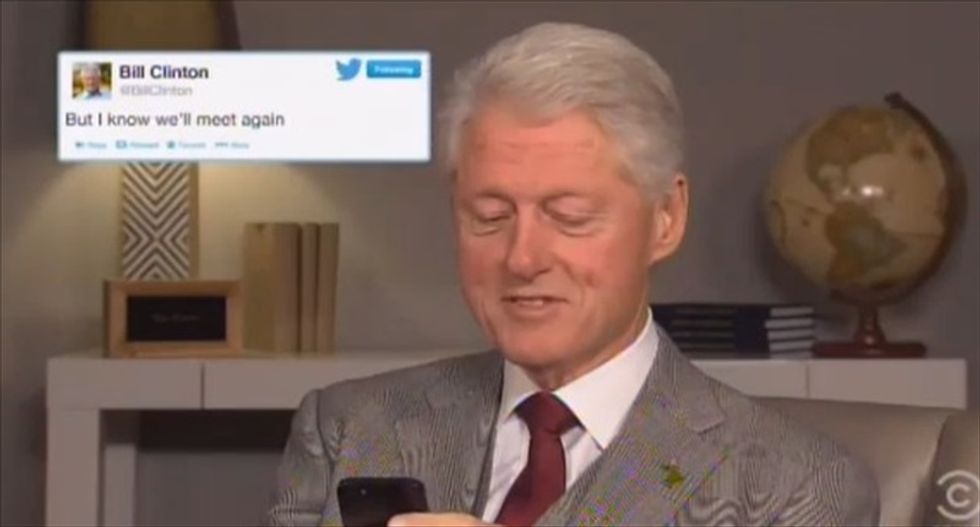 After the song ended, however, the camera panned out of the studio and toward a rooftop, where Colbert -- bearing the Elven sword Sting and Captain America's shield -- was wondering what he was going to do next, until he was approached by Santa Claus and Abraham Lincoln, who took off his hat to reveal a horn.

"It's true," Colbert gasped. "You are a unicorn." The trio was soon joined by "the man with all the answers," Jeopardy host Alan Trebek, but Colbert was still worried.

"I guess I'll be gone forever," he lamented.

"Oh, no no no no," Trebek assured him. "We'll always be there for the American people, whenever they need us the most."

"But aren't you Canadian?" Colbert asked. Trebek explained that he has had dual citizenship since 1998, but Colbert seemed skeptical.

"Yeah, that's not the same," he said, before riding off into the sky with the group.

Watch the Colbert Report's final moments, as posted by Uproxx on Thursday, below.