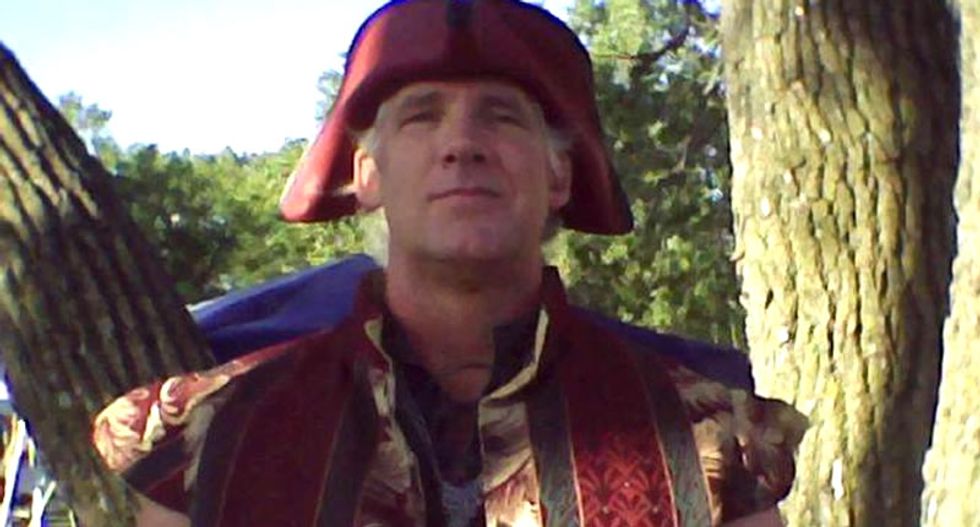 White supremacists on the Stormfront forum are claiming that the Austin man who opened fire on a federal courthouse, a police headquarters, and the Mexican consulate last week is a "false flag" designed to stir up hatred against white Americans, SITE reports.

"I had a feeling [the shooter, Larry Steve McQuilliams] was a white man, and you can be sure the hostile aliens who really control the country are going to use this against US," wrote "Volodyamyr."

McQuilliams' Facebook page indicated that he was, in fact, upset at the government -- as well as a fan of Ron Paul.

Acevedo further speculated that "when you look at the national debate right now about immigration, that comes to mind [as a possible motivation]. Sometimes our political discourse becomes very heated and sometimes very angry."

At Stormfront, "Volodyamyr" insisted that this is precisely what those in power -- Jews and "hostile aliens" -- want people to believe.

"Half cocked attacks on the part of 'an angry white male' is a dream come true for any Jewish or darkie gun grabber and agent of genocide against whites," he said. "The putrid smell of a Zionist or Mexican false flag against whites and the U.S. Constitution hangs heavy in the air here."

Others, like "FatherOdin," agreed, claiming that "once the media picks up this story we will once again hear nonstop about how all Whites are racist, anti-government, violent threats to America."

The media's focus on the identity of the shooter is "why we have to keep telling the truth," wrote "14words_of_truth."