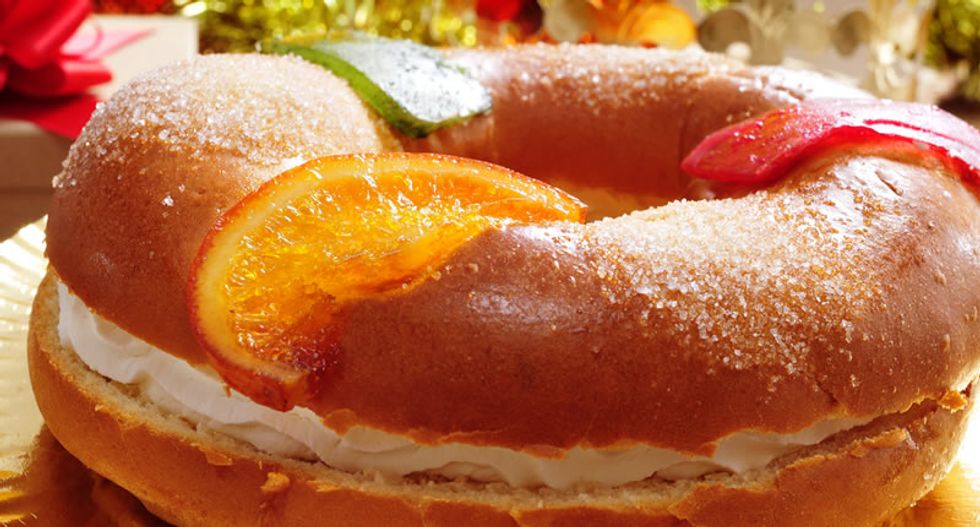 An Orange County, California bakery was shut down after at least 40 people who ate "Three Kings" cake baked there began suffering from hallucinations and out of body experiences, NBC4 News reports.

Santa Ana police and state health officials closed Cholula's Bakery on Thursday after learning from that local hospitals that at least 40 people who had eaten a Rosca de Reyes -- or "king's ring" bread, a Spanish cake traditionally eaten on January 6, "King's Day" -- were suffering from moderate to severe hallucinations.

The cakes typically contain a small plastic figure of the baby Jesus -- but police say that the cakes from Cholula's Bakery contained an unknown synthetic drug that caused severe hallucinatory states in victims ranging from a 4-year-old boy to a 60-year-old grandmother.

Santa Ana Police Department Corporal Anthony Bertagna told NBC4 News that "the only common denominator with all these patients is they ate this Three Kings bread in celebration of [King's Day]."

He also said that while he is hopeful the lab will be able to pinpoint which drug was used to spike the cakes, "there are hundreds of types of synthetic drugs out there" that could cause these symptoms.

The bakery will remain closed until it is professionally cleaned and all the ingredients used to bake the Rosca de Reyes bread have been tested and properly disposed of.

Watch a report on via NBC4 News below.