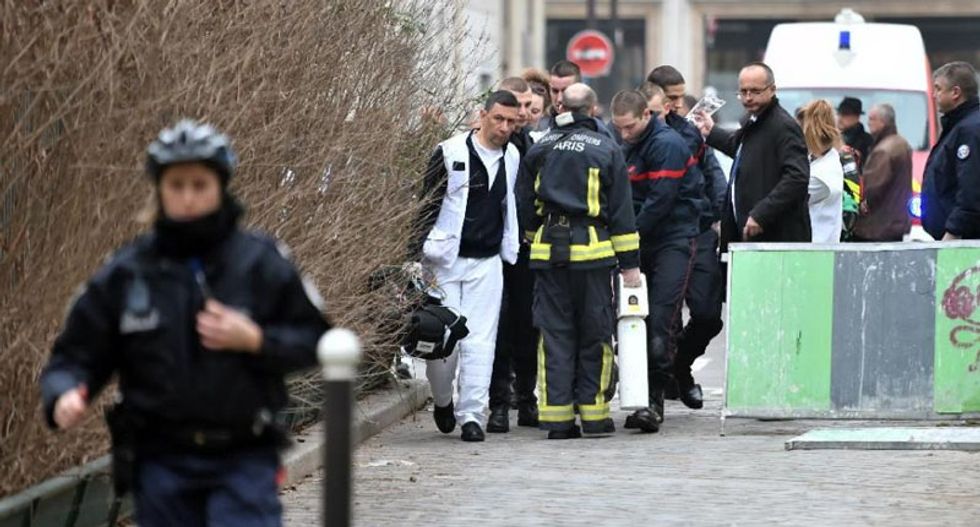 A victim is evacuated on a stretcher on January 7, 2015 after armed gunmen stormed the offices of the French satirical newspaper Charlie Hebdo in Paris (AFP Photo/Martin Bureau)

Almost half of the French public oppose publication of cartoons depicting Islam's Prophet Mohammed, according to a poll Sunday, as global debate deepened on the limits of free speech in the wake of the Charlie Hebdo killings.

The Ifop poll found 42 percent believe Mohammed cartoons seen as offensive by many Muslims should not be published. Fifty percent said they backed "limitations on free speech online and on social networks."

However, 57 percent said opposition from Muslims should not prevent the cartoons being published, according to the poll, published in Le Journal du Dimanche.

The poll found overwhelming support -- 81 percent -- for stripping French nationality from dual nationals who have committed an act of terrorism on French soil.

Sixty eight percent favoured banning French citizens from returning to the country if "they are suspected of having gone to fight in countries or regions controled by terrorist groups," such as Syria.

However, 57 percent of respondents to the poll opposed French military intervention in countries including Libya, Syria and Yemen.

The poll was conducted last week in the wake of the slaughter at Charlie Hebdo's office in Paris, where Islamist gunmen killed 12 people, saying they were taking revenge for repeated publication by the magazine of Prophet Mohammed caricatures.

On Saturday, five people were killed and churches were set on fire in Niger in the latest protests by Muslims against Charlie Hebdo's decision after the massacre to print another Mohammed cartoon.