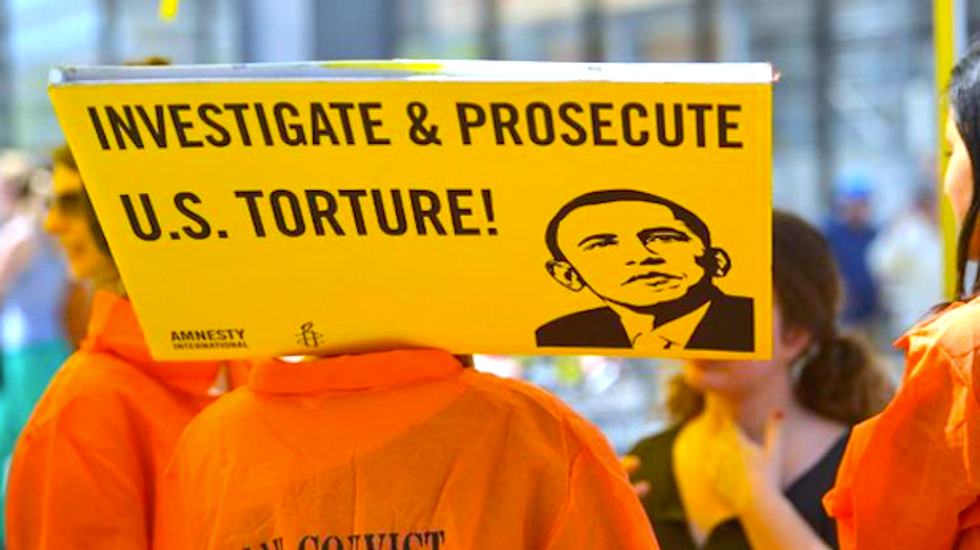 "Governments can no longer rely on unsubstantiated 'national security' grounds and claims of state secrecy to hide the truth about their roles in the torture and disappearance of people," said Amnesty counter-terrorism and human rights expert Julia Hall.

"It's time for justice for all those who have suffered the gruesome practices -- including waterboarding, sexual assault, and mock executions -- that characterised these illegal counter-terrorism operations."

The call comes in the wake of a damning US Senate report that showed how the CIA tortured terror suspects, which dragged British spy agencies into the spotlight, as Washington's closest partner in the "War on Terror".

Hall said the Senate report "makes it abundantly clear that foreign governments were essential to the 'success' of the CIA operations".

The Senate report did not explicitly name European countries, and London has denied press reports that it asked for mentions of British involvement to be redacted.

A parliamentary investigation into allegations of British collusion with the US in torture is due to publish its conclusions at the end of this year, but Amnesty International said the probe was "not independent".

The US report by Democratic senators examined a secret CIA programme to capture and interrogate Al-Qaeda suspects in secret prisons in allied nations or in the Guantanamo Bay detention centre in Cuba.

It found at least 119 prisoners were held in unacknowledged so-called "black sites" -- likely in countries including Thailand, Afghanistan and Lithuania -- with many subjected to "coercive interrogation techniques, in some cases amounting to torture".