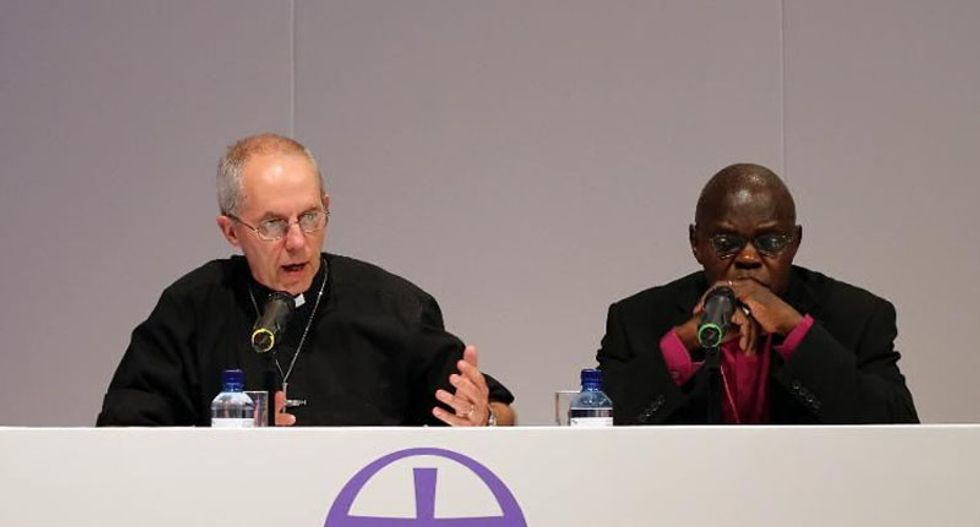 Church of England leaders have launched a stinging critique of Britain under the Conservative-led coalition government, saying the "evil" of inequality was leaving parts of the country "trapped" in decline.

In a collection of essays edited by Archbishop of York John Sentamu, Church of England leader Justin Welby, the Archbishop of Canterbury, argued that public spending cuts and the drive for economic growth had made the situation worse.

Welby said "entire towns and regions" were "trapped in an apparently inescapable economic downward spiral" made worse by the government's public spending cuts.

"Our economy appears to be, in one sense, a tale of two cities - one being a growing and constantly improving London (and the South East generally), and the other being most, but not all, other cities, alike in that they are each trapped in apparently inevitable decline," he wrote.

A spokesman for David Cameron responded, saying that the prime minister and finance minister George Osborne "are very clear both in terms of raising living standards and rebalancing the economy, there is more to be done and that's why of course it's right to stick to the long-term economic plan".

The book, entitled "On Rock or Sand?", went to print on Thursday and will be released on Tuesday. Extracts were published by the Daily Telegraph newspaper.

Sentamu defended the church's right to intervene in politics, explaining that the book's launch was deliberately timed for the beginning of the country's general election campaign, but said it was not taking sides.

The book condemns inequality as "evil" -- Sentamu calls it the "giant that must be slayed" -- and claims that Britain has been in thrall to "rampant consumerism and individualism" since the era of former prime minister Margaret Thatcher.

The book deliberately evokes "Faith in the City", the Church of England's 1985 report that was slammed by the then Conservative government as "pure Marxist theology".

In "On Rock or Sand?", Sentamu called that report a "courageous witness" to Christian values.

In an interview with the newspaper, Sentamu admitted: "That sounds extremely left wing doesn't it"

"The truth is, it is the theology of where I am coming from," he added.

The Church of England angered Prime Minister David Cameron's Conservatives in 2011 when the then Archbishop of Canterbury Rowan Williams claimed the government had implemented "radical policies for which no one voted".