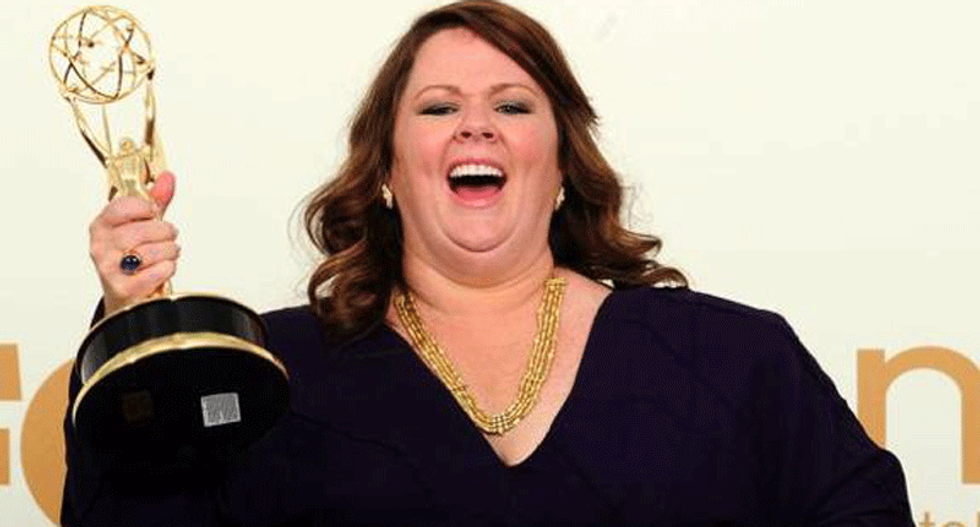 The war on crappy pop culture by the religious right creates so many mixed feelings for me. It's one thing when Mike Huckabee is taking pot shots at Beyoncé, because the man is so out of his league that it's pure, unadulterated joy in laughing at him. It's another thing entirely when, as mentioned yesterday, they're zeroing in on Fifty Shades of Grey. On one hand, their motives are worth mockery, as they are so clearly motivated by sex negativity. On the other hand, you don't want to make it sound like you're somehow fan-girling Fifty Shades.

This dilemma comes up again, and so soon, with the Parents Television Council melting down over the show Sex Box. Now the word "sex" is in it, and since sex is the thing PTC would very much like to disappear forever, this is no big surprise. The hyperventilation is really quite amazing:

“In order for a child to watch the Disney Channel, her parents must now also pay for a live sex show on WE tv," PTC president Tim Winter said in a statement. "Something is terribly, horribly broken in the marketplace when an industry is capable of making that happen."

Hilarious because, let's be real here, Sex Box is about as titillating as staring at a wall. In fact, it's exactly as titillating as staring at a wall, because that's literally what you are doing when you watch that show. On it, a couple goes into a box and supposedly has sex. You do not see it. It's a "sex show" in the same sense that you're putting on a "sex show" for your kids when you go to bed and shut the door.

Which causes me to wonder: If going into a room with your spouse and shutting the door is so scandalous, how do the PTC folks deal in their own home lives once they have kids? Do they stop fucking entirely? Sleep in separate rooms and only sneak into each other's beds in the middle of the night when the kids are asleep? What kind of lengths must they go to keep their kids from realizing that being a couple means, you know being a couple? Inquiring minds.

In other news regard anti-feminists and pop culture, I am sure you've heard the misogynists are furious that women are going to star in the new Ghostbusters movie, instead of graciously refusing to be funny lest they bruise the tender egos of men who need to believe that they are better than women at everything. Of course, admitting that the reason they're begrudging women these roles out of sexism is not done---every sexist swears up and down he holds no ill will towards women---but even their denials of sexism are deeply sexist. Like this: 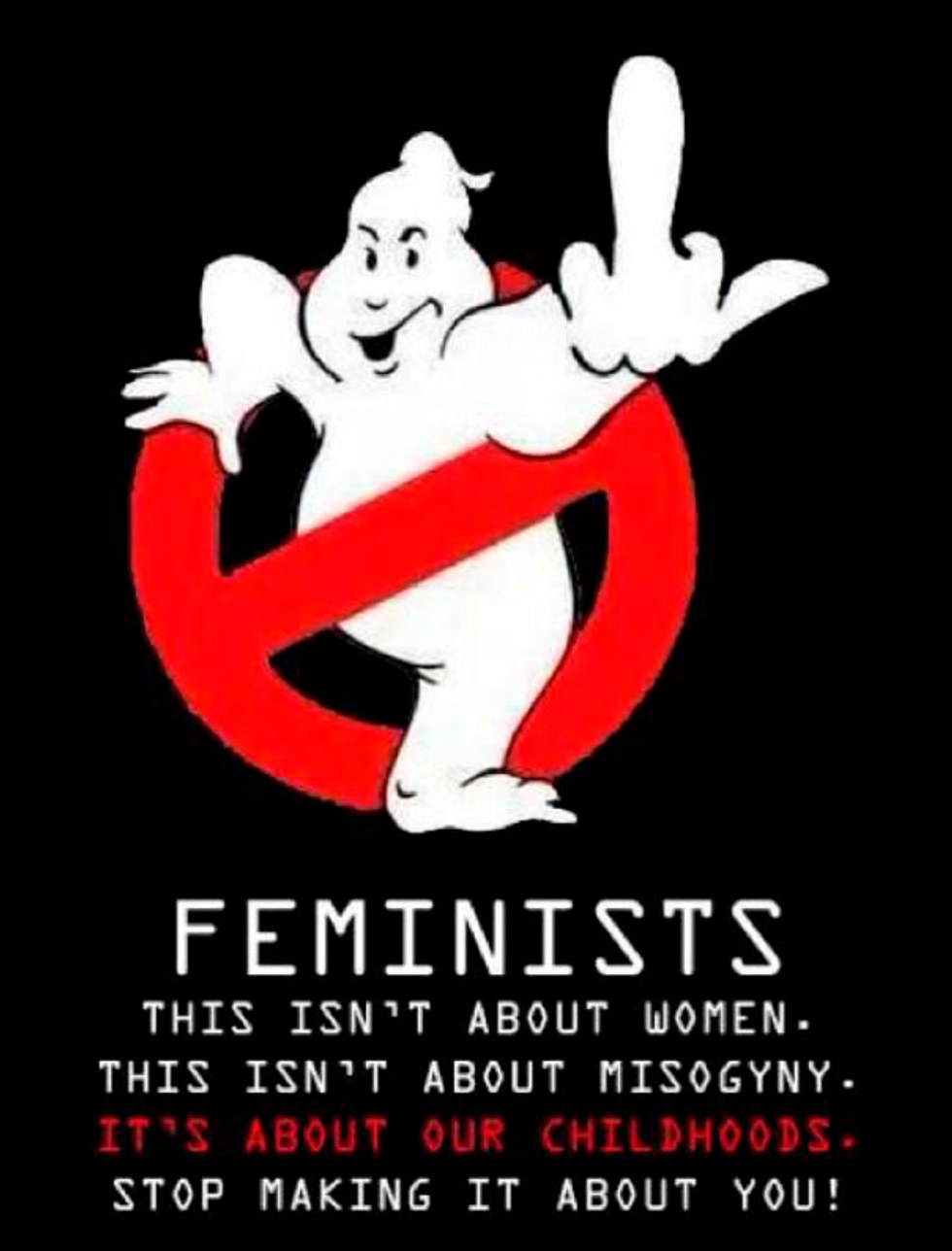 Setting aside the endless amount of misogynist paranoia about the supposed attention whoreyness of women. (For whatever reason, a woman getting attention is considered like right next to the Holocaust in terms of great evils.) What struck me about this poster was how it assumes that Ghostbusters was not part of the hated feminists' childhoods, as well. It's part and parcel of a larger tendency to dehumanize women. The possibility that we, too, remember and cherish Ghostbusters isn't even considered, because the possibility that women have lives and minds and childhoods and experiences and tastes and just lives outside of being sex objects is routinely forgotten in these circles.

Because the idea that a woman might have a life outside of preparing for sex, having sex, or preparing for more sex hasn't occurred to these guys, I suppose it's time for a story. I'm in my 30s, so I remember the first time I saw Ghostbusters---in a movie theater! My parents had seen it a few days before and loved it so much they took me and my sister back, after firm reminders that the scary stuff is "just a movie" and we should hang in for the funny stuff. A lot of the jokes went over my head, but as I've aged, like most people my age, I saw the movie roughly 1.5 billion times more and I gradually got older and understood more jokes. I understand, like, all the jokes now. And I still marvel at how sharp the humor is and how loving the portrayal of New York City, where I now live, is.

All of which is why I'm stoked for this remake, because I think Paul Feig and company are capable of putting together a movie that stays true to the spirit of the original while being wholly its own creation. A lot of reboots and sequels Hollywood puts out are garbage, no doubt. But a lot of them are actually pretty good, from many of the movie adaptations of comic books to 21 Jump Street. That's because, as hip-hop has definitively proved, remix and mash-up culture can be just as creative and interesting as writing from scratch, especially since most "from scratch" work has all sorts of easily identifiable influences on it that call into question how "original" it or anything can be.

Luckily, I think I'm speaking for the majority here. As I noted at Slate yesterday, the overwhelming reaction to the casting news for Ghostbusters was positive. Angry dudes that need women to clip their wings in order to feel good about themselves were clearly in the minority. So that's something to be glad for.