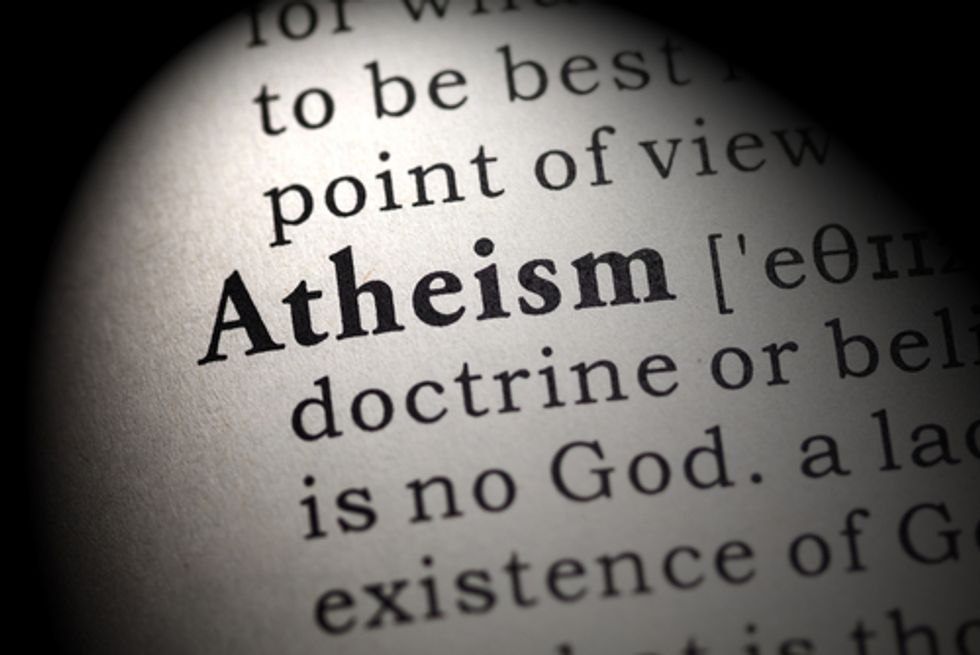 Thanks to Adam Lee for pointing me to the latest entry in the eternal atheist debate over whether it's better to be blunt or condescending to religious believers. It's clear that Steve Neumann, writing for the Daily Beast, is Team Condescension, from the headline, "The Case Against In-Your-Face Atheism". As Lee notes, in-your-face is defined largely as unapologetic, a willingness to say you think religion is false or silly, instead of giving it special due that you might not extend to other false beliefs, like global warming denialism or belief in ghosts. Sadly, Neumann's argument is wholly unconvincing:

Think about what religion is—a total worldview that lets each believer feel like she’s found meaning and purpose in a bewildering universe. So, it’s not much of a stretch to argue that people are reluctant to give up their religious beliefs when they are intimately tied to their sense of self-worth.

The notion that global warming denialists are easier to pry off their delusions than the religious is Neumann's first mistake. But it speaks of a larger misconception about religion that seems to be common for Team Condescension: The belief that identity, ethics, and beliefs flow from religion, when, in reality, religion functions more as a way to justify identity, ethics and beliefs that already exist. Lee cites an excellent example: "For example, many evangelical Christians have convinced themselves that climate change is a 'spiritual deception' whose aim is 'killing Jesus'." This is why the same religion, Christianity, can produce people who are liberals who work for the poor and people who run around saying, "if any would not work, neither should he eat." If anything, religion is more of an empty set than most beliefs. Conservative Christians wouldn't care if I wrote a piece decrying liberal Christians as self-deluded fools. People are not especially protective of religion in and of itself. They are touchy because it's a supernatural defense of what they already wanted to believe, and therefore hard to defend. So they get defensive, as is human nature when your belief is hard to defend.

Indeed, this is why the very premise of Neumann's piece---and the arguments of Team Condescension generally---is all wrong. He writes:

Like any sales campaign, movement atheism is selling a worldview, and so, we should not only point out the deficiencies of the competition, but we should also highlight the positive attributes of our “product.” And the old adage that people don’t buy from people they don’t like certainly applies to atheism as well. How we go about attacking what’s bad and wrong about religion as well as promoting what’s good and right about atheism matters.

He continues to argue that if we soft-pedal our arguments and engage in plenty of hand-holding and affirmation, we'll convert more people, because "self-affirmation that is needed for sincere believers to be open to changing their beliefs". As noted, Neumann is really condescending to believers, even as he clearly imagines himself to be a likable, respectful sort of fellow.

It's that kind of condescension that is why this entire strategy isn't as clever as its proponents would believe. The funny thing is that Neumann's not wrong to grasp that people take their religious belief seriously and are not open to hearing they're wrong. But he doesn't really ponder what this means, instead assuming that you can somehow trick your way past their defenses by pretending to be more respectful than you actually are. This is nonsense. Most people are going to be just as hostile to a "gentle" appeal to atheism as a "firebrand" one, because no matter how you phrase it, the mere fact that you're disagreeing with a belief that they are already defensive about---because they know full well that it's not logical---is going to set most people off. Speaking in softer tones doesn't get around the real reasons people don't like atheists, which is that we provoke their already doubts that are hard enough to suppress without a bunch of people around showing you don't have to. Putting new curtains up won't make someone buy a house if they think it's haunted.

That's why makes this passage so very wrong:

Like any good marketer, Silverman says he has sales figures proving his approach is working. In a talk he gave about firebrand atheism, he claimed that his data, based on an analysis of Google searches for the word “atheist” performed over the past several years, shows that his in-your-face approach is working. He claims there have been “942,000 new self-described atheists and 1,250,000 agnostics” in the past several years.

However, those numbers are suspect; Silverman told me over Twitter that those new atheists and agnostics represent so-called “closeted atheists,” not those who have de-converted because of firebrand atheism.

The implication is that persuasion doesn't count if the person had already decided, in their heart, that they didn't believe in God---with the other implication being that the "soft" approach will somehow get "pure" converts, people who are somehow persuaded strictly by your arguments and not because of their pre-existing doubts. That is pure silliness. The reality is that pretty much no one changes their mind by being argued into their new position through clever rhetoric and logic. People believe what they want to believe. Atheists are never going to de-convert people from actual full-on religious belief. The best they can do is reach out to people who already have doubts. And there's no reason to think firebrands aren't just as capable of that as the condescenders. If anything, firebrands might have an edge in many cases. If you're secretly doubting if God is real, seeing someone who publicly scoffs at God without having lightening bolts fly out of the sky to crush him might give some doubters the confidence they need to come forward. Or, in some cases, being condescended to might actually turn a doubter off. The ugly fact of the matter is that persuasion mostly happens in the head of the person changing their mind, and there's no real formula for getting through. The best you can do is let people know they're not alone and give voice to what they're already thinking, something the firebrands are clearly better at than the condescenders.

Look, I get that defensive reactions are unpleasant. They're supposed to be! The defensive reaction's entire purpose is to get the person saying uncomfortable things to shut up about it already. It would be a pointless waste of energy if it never worked. And I'm quite amenable to the idea that it's pointless to target religious individuals with aggressive arguments they don't want to hear. But the firebrands Neumann is castigating don't do that. They are simply making bold arguments publicly. No one is forced to listen to them. If it hurts your feelings, just shut it off.

But when people are nursing doubts, sometimes the biggest obstacle to admitting it is the taboo against criticizing religion. Seeing someone unapologetically smash that taboo shows there's nothing to be afraid of. Seeing even self-described atheists tip-toeing about, honoring a taboo isn't going to give you much confidence to violate that taboo yourself. And, as Lee notes, there really is no way to state an atheist belief out loud without inherently criticizing religion, so really the only way to tip-toe around the taboo is to avoid the topic of why you don't believe entirely. Which is definitely not how to persuade people.