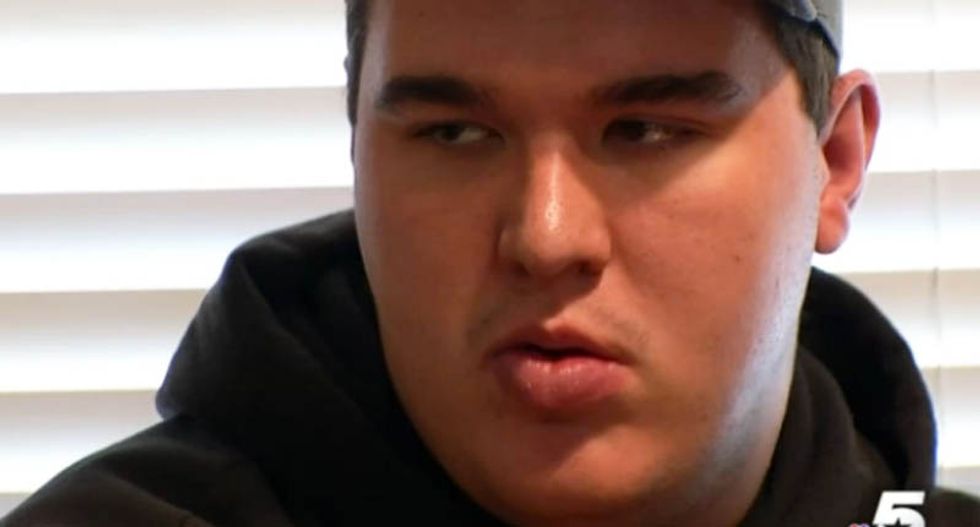 A Texas man with autism has been accused of sexual assault and banned from a college campus after mistakenly hugging a woman he didn't know before kissing her on the top of her head, reports NBC-DFW.

Brian Ferguson, 20, was attending special-needs classes at Navarro College’s Waxahachie campus when he thought he saw a woman he knew in a school hallway. The six-foot five-inch Ferguson reportedly hugged the woman and then kissed her on top of her head as a greeting.

According to his mother, Staci Martin, that is how the young man, who has difficulty communicating, greets friends.

The female student, whose name was not given, reported it to school officials who banned Ferguson, labeling his actions "sexual assault."

"And then they labeled it 'sexual assault' because of the kissing,” Martin explained. “They said a kiss is considered an assault."

Ferguson attends classes at Navarro College as part of a program for local students with special needs.

While the school issued no statement on Ferguson's banishment, his mother says they were informed by a college dean that he was suspended indefinitely and no longer welcome back on the campus.

"He cried the whole next day,” his mother said. “He got up for school, waited for the bus. I told him it wasn't coming."

His sister, who also attends Navarro College, criticized the decision in a Facebook post that went viral.

"To completely kick him out of school and alter his whole course of life," Justine Colquitt said. "It's just completely ridiculous.”

School administrators said Ferguson will be allowed to return to Waxahachie High School, with his mother saying she hoped he would someday be allowed to attend the college.

"He just wants to be a normal college student and function in society,” she said

Watch the video below from NBC-DFW: