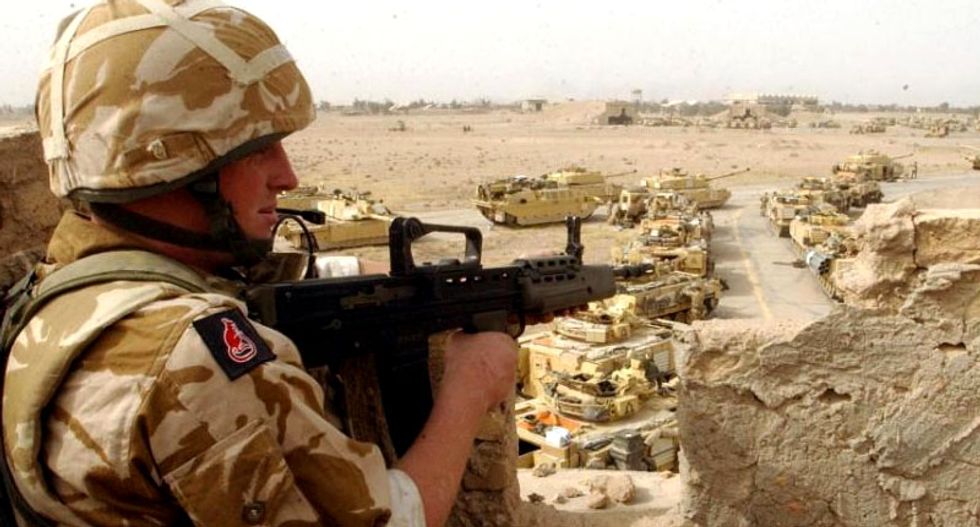 A further delay to a report into Britain's role in the Iraq war sparked angry claims of a cover-up on Wednesday, illustrating the lingering controversy over a conflict in which 179 British soldiers died.

Six years after the inquiry started and 12 years on from the beginning of the war itself, its chairman John Chilcot said there was "no realistic prospect" of reporting before May's general election.

The delay is linked to a process in which individuals such as former prime minister Tony Blair are given the chance to respond to criticism of them in the report.

A spokesman for Blair, who is in Davos for the World Economic Forum, quickly denied that the man who led Britain into the 2003 conflict was holding the report up.

"He regrets this delay in its publication," the spokesman said.

"Incorrect allegations and politically motivated speculation do nothing to shine a light on the issues involved. It is an independent inquiry and it should be allowed to proceed with its work."

But the issue highlights how Britain's involvement in Iraq -- particularly questions over whether Blair's government "sexed up" a dossier on Iraq's weapons of mass destruction to make the case for war -- remains subject to heated debate here.

The Chilcot inquiry was set up in 2009 by Blair's successor as prime minister, Gordon Brown, and was originally due to report within a year.

The row is unlikely to influence the outcome of this year's knife-edge general election as Cameron's Conservatives were in opposition at the time, while Blair and other senior members of his Labour government are no longer in frontline politics.

- Blair, Bush notes to be published -

Facing repeated questions from angry lawmakers, Cameron played down the controversy at his weekly question and answer session in parliament, saying there was "no mystery" in why the report was taking so long.

"I don't believe from what I understand that anyone is trying to dodge this report or put off this report," he added.

But taking a much firmer tone, his deputy Nick Clegg wrote in a letter to Chilcot that the public would find the latest delay "incomprehensible".

"There is a real danger the public will assume the report is being 'sexed down' by individuals rebutting criticisms put to them by the inquiry, whether that is the case or not," he added.

Rose Gentle, whose son Gordon was killed fighting in Iraq in 2004, told the BBC that she and other families were "really frustrated" that it was taking so long.

"We just feel constantly let down. We can't get over something like this until we find out," she added.

There has been some progress in the report. A previous sticking point around whether notes from Blair to then US president George W. Bush would be published has been resolved, it emerged Wednesday.

Chilcot said that 29 of these would now be released with the final report, "subject to a very small number of essential redactions".

Lawmakers are expected to hold a debate in the House of Commons on the issue next week.

Speaking to the Guardian newspaper, David Davis, a senior Conservative lawmaker leading the push for a debate, said the delay was "not good enough".

"This is for the whole country to understand why we made a terrible mistake in Iraq."