Cartoonist Robert Crumb on Charlie Hebdo: 'They didn’t let anybody off the hook, which was good' 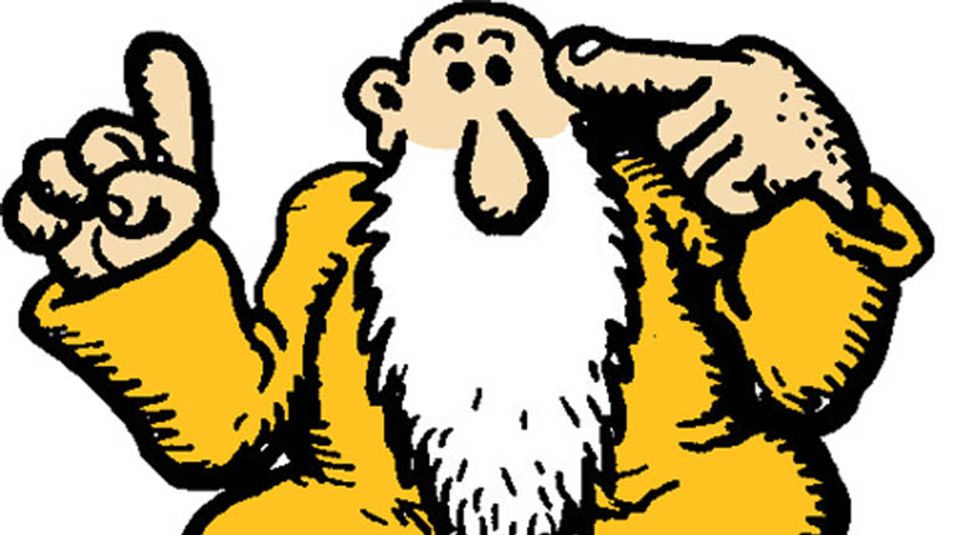 In an interview with Celia Farber for the New York Observer, legendary counterculture cartoonist Robert Crumb lauded the artists at Charlie Hebdo, saying they took on all comers as he praised them for their courage.

Crumb -- noted for creating Fritz the Cat, the Keep On Truckin' guy, and Mr. Natural -- has lived in France since 1991, following his induction into the Comic Book Hall of Fame.  Speaking with Farber, he noted he was surprised he had heard from so few US journalists about the attacks, before mocking the state of journalism in America.

Turning to the cartoonists and satirists at Charlie Hebdo, Crumb praised them while pointing out they were equal-opportunity critics when it came to the powerful and the extreme.

"Charlie Hebdo, they print so many insulting cartoons about Muslim extremists, you know, geez, they just kept at it, you know…but that wasn’t the only people they insulted, they insulted everybody,"  he explained. "The Pope, the President of the country, everybody! They were merciless, to everybody. It was a really funny magazine. They just didn’t hold back towards anybody. You know, they didn’t let anybody off the hook, which was good."

Crumb admitted that, until the attack on the magazine, he had avoided the type of confrontational cartooning they did.

"A lot of French people said, 'Yes, it was tasteless, but I defend their right to freedom of speech.'  Yeah, it was tasteless, that’s what they say. And perhaps it was," he said. "I’m not going to make a career out of baiting some f*cking religious fanatics, you know, by insulting their prophet. I wouldn’t do that. That seems crazy."

According to Crumb, he had a change of heart after being asked by French newspaper Libération to submit a cartoon in the wake of the shooting.

"But then, after they got killed, I just had to draw that cartoon, you know, showing the Prophet.  The cartoon I drew shows me, myself, holding up a cartoon that I’ve just drawn. A crude drawing of an ass that’s labeled “The Hairy Ass of Muhammed,”  he said while laughing.

He then added, "You know, that’s the most I’ve stuck my neck out for a long time…"

With that, Crumb said he was hedging his bets when it comes to extremists, saying if confronted he would deny it was the prophet Muhammed.

"I thought, 'OK, I’m the Cowardly Cartoonist…As a Cowardly Cartoonist,' I can’t make some glib comment like that, you know? I have to, like, make fun of myself.  So instead of drawing the face of Muhammed , I drew the ass of Muhammed," he said while laughing again. "But then I had myself saying, in small lettering, 'Actually, this is the ass of my friend of Mohamid Bakshi, who’s a film director in Los Angeles, California.' ”

Turning serious, Crumb said he was concerned over public reaction to the shootings after first hearing about it, worrying that it could lead to crackdowns and further erosion of freedoms.

"I had the same reaction I had when 9/11 happened. I thought, “Jesus Christ, things are really going to turn ugly now.” That kind of thing, just like 9/11, it gives the government the excuse to crack down, to become very much more, like, you know, “Homeland Security” oriented.  And the right wing gets like this kind of like fodder for its arguments," he warned.