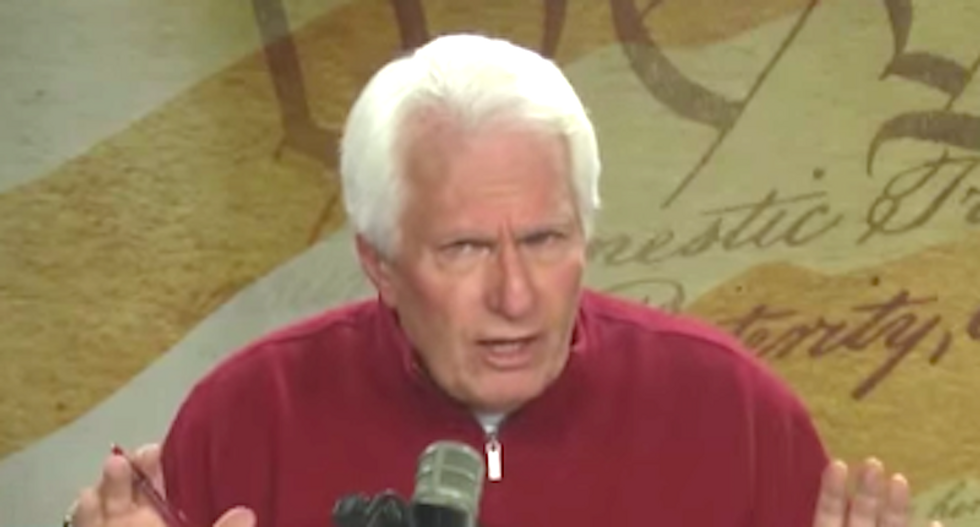 Religious right broadcaster Bryan Fischer speculated that God may have allowed Islamic terrorists to attack a French satirical magazine over its blasphemy.

“You shall not take the name of the Lord your God in vain,” Fischer reminded listeners.

“They made a career out of taking the name of God, the God of the Bible, the father of the Lord Jesus," continued Fischer, who has argued in favor of U.S. laws banning blasphemy.

He cited biblical passages such as Exodus 20 that suggested God would use "idolators" to punish blasphemers, so it wasn’t out of the question that Muslims terrorists would carry out the Lord’s divine retribution.

"You look in the Old Testament at what happened to Judah, God used a pagan nation, I mean, he used idolators, he used the savage armies of Babylon to discipline his own people," Fischer said. "He brought them in as the rod of his wrath to discipline the nation of Judah."

Fischer conceded he might get some "blowback" for his theory, which he insisted was intended simply as a thought-provoking exercise.