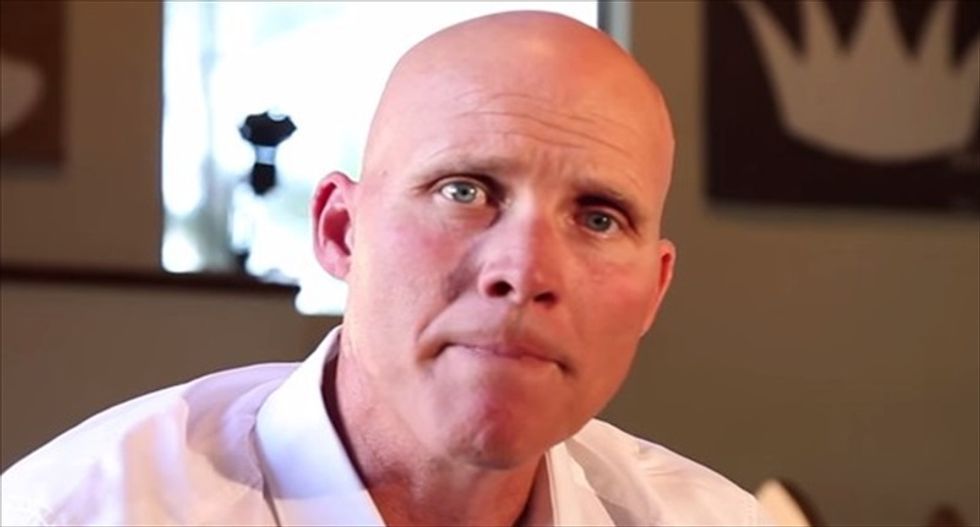 A new anti-abortion campaign features Christian men apologizing to women for "conceding" to abortions and for the procedure even being legal, Talking Points Memo reported.

"Somebody should've been there to rescue you, but you do have a rescuer," Pastor Shane Idleman says in the video. "We find hope, we find peace in Christ. You don't have to live in shame and darkness, you can run to God's light."

The video, called "The Apology," was released by Heroic Media in conjunction with what it calls "Sanctity of Life Sunday," an event scheduled for Jan. 18. A website promoting the date encourages pastors to "bless your congregation with this grace filled video."

Idleman, who identifies himself as the lead pastor at Westside Christian Fellowship in Lancaster, California, is one of three men featured in the video. Each of them says at the beginning that they "had" at least one abortion. Idleman also apologizes for the church "not being there" for women who have undergone an abortion.

"I'm sorry that this is available," Daniel Phillips says toward the end. He also expresses his wish that "a generation rise up and say, 'You know what? No more.'"

The video was originally released on Dec. 19, 2014, not long after a Missouri state lawmaker introduced a bill that would require women seeking abortions to get written and notarized permission from the prospective father, unless she could prove that she was the victim of "legitimate rape."