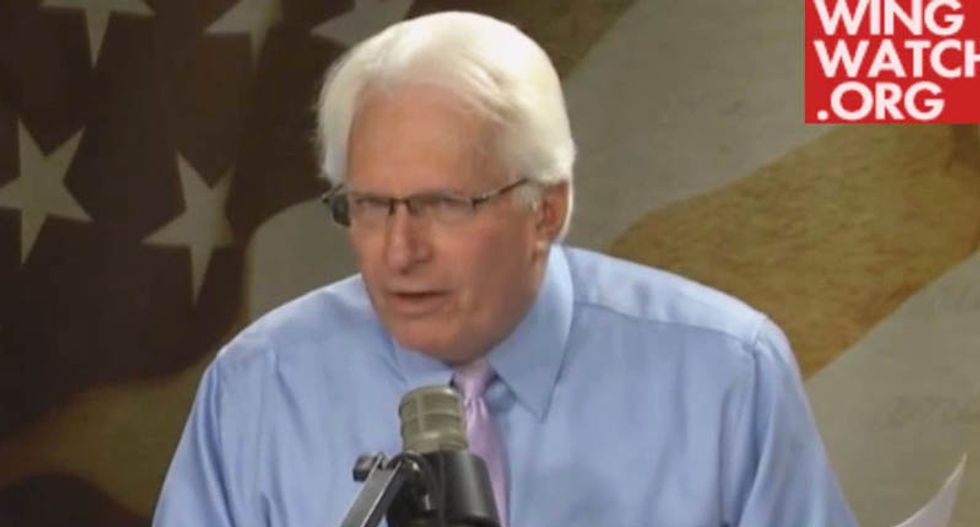 Speaking with fellow radio personality Sandy Rios, the American Family Association's Bryan Fischer declared that his "mind is blown" by the idea of a Congressman who is a Muslim being given a spot on the House Intelligence committee, according to Right Wing Watch.

Congressman André Carson of Indiana was named to House Permanent Select Committee on Intelligence by the Democratic Leader of the House, Nancy Pelosi earlier this week, becoming the first Muslim lawmaker to serve on the committee.

The appointment outraged Rios who pointed out to Fischer that Carson has previously received support from the Council on American–Islamic Relations.

"The problem with André Carson is that he has received tens of thousands of dollars and support from CAIR  which is an indicted co-conspirator in the Holy Land Foundation case, " Rios explained. "Also from another organization, he takes thousands of dollars, he makes public statements. And now Nancy Pelosi is putting him on the House Intelligence committee?"

"That's what blows my mind, Sandy," Fisher replied. "We just had this Muslim terrorist attack in Paris. Everybody is saying we've got to ramp up our effort to stop the threat of Islam in our country, and now it's like putting a fox inside the hen house"