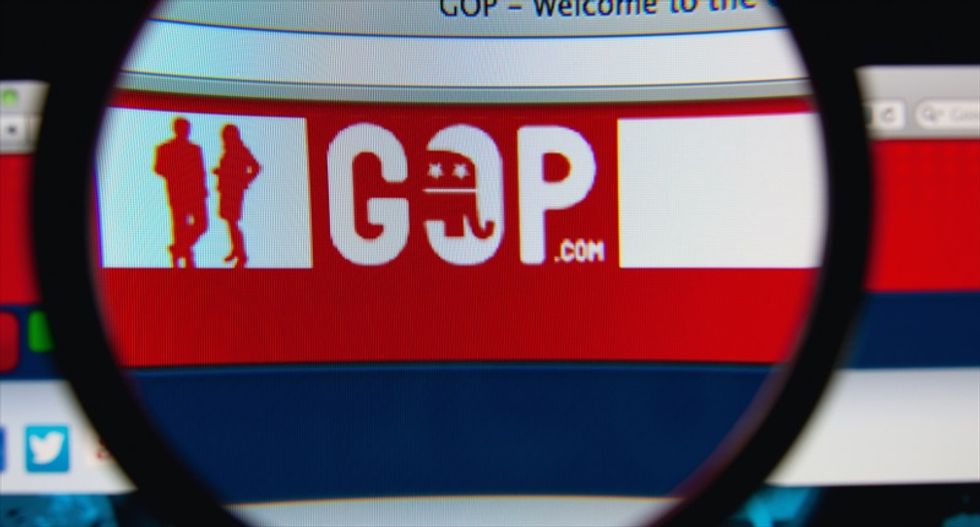 'Photo Of The Gop Homepage On A Monitor Screen' [Gil C / Shutterstock.com]

The Republicans will meet July 18-21 next year in Cleveland to nominate their 2016 presidential candidate, the party said on Wednesday, dates more than a month earlier than their convention in 2012.

The party selected Cleveland last year as its convention site. Ohio is a crucial swing state in presidential elections.

Priebus noted the 2016 convention would be held significantly earlier than in previous election years, "allowing access to crucial general election funds earlier than ever before to give our nominee a strong advantage heading into Election Day."

The Democrats have yet to select a 2016 convention site. The candidates are Columbus, Ohio, Philadelphia and Brooklyn, New York.

The Republicans last met in Cleveland in 1936, nominating Kansas Governor Alf Landon, who was soundly defeated by President Franklin Roosevelt in the November election. The party's convention was also held in Cleveland in 1924, when President Calvin Coolidge was nominated. He won the general election later that year.