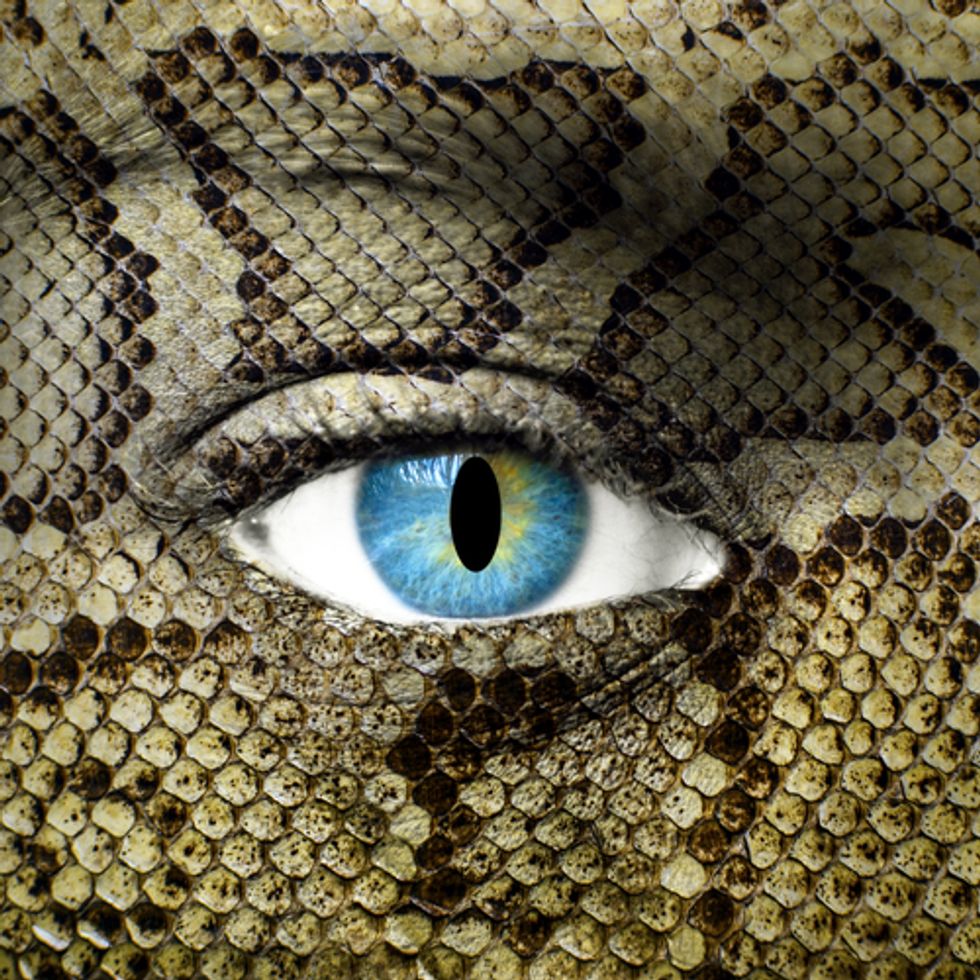 Climate change is a conspiracy of the lizard people! That's the ticket!

While punishing the women of America for having sex is definitely priority #1 for the new Republican majority in both the Senate and the House, trying to deny that climate change is real because that's what they prefer to believe is right up there on the list of agenda items. It would be fascinating to do a psychological study on how so many congressional Republicans have come to the belief that what they wish were true should have more authority than actual facts on the ground. I suspect that the answers might have something to do with "white male privilege", but hey, let's not let the climate change debate turn into yet another idiotic Gamergate debacle.

Exhibit #1: Republicans assign someone who probably thinks he's a wizard to the head the Senate’s Environment Committee.

Quick quiz, Congress watchers: If you were asked who the biggest idiot in the entire Senate was, who would you guess? Probably James Inhofe of Oklahoma, right? He's so anti-science that I would not be surprised to believe he doubts that our sun is a star or that gravity pulls us to the ground instead of invisible elves yanking on our feet. Even someone who usually bends over backwards to accommodate Republican craziness like Dana Milbank has called Inhofe the "last flat-earthed". Inhofe is a paranoid, delusional nutter who openly argues that climate change is a giant, worldwide conspiracy of evil done for evil reasons because, fuck who knows, witches or something. Read about David Corn's encounter with Inhofe, who was trying to discredit a meeting in Copenhagen to deal with the issue of climate change:

Look around us, I said, spreading my arms wide. There are thousands of intelligent and well-meaning people in this gigantic conference center: scientists, heads of state, government officials, policy experts. They believe that climate change is a serious and pressing threat and that something must be done soon. Do you believe that they have all been fooled?

That these people who have traveled from all points of the globe to be here are victims of a well-orchestrated hoax?

That's some hoax, I countered. But who has engineered such a scam?

Really? I asked. Why would they conspire to scare all these smart people into believing a catastrophe was under way, when all was well?

I pressed on: Who in Hollywood is doing this?

I nearly laughed. All these people had assembled in Copenhagen because of Barbra Streisand. A singer and actor had perpetuated the grandest con of the past 100 years?

That's right, Inhofe said, with a straight face. And others, he added.

A man who believes Barbra Streisand is secretly orchestrating a worldwide conspiracy to trick the world into reducing carbon emissions because of....evil I guess?....is now the head of the Senate's Environment Committee. His first act in his new role was to go full Alex Jones/David Icke and rant about the evil conspiracy of secret conspirators who run the world with their lies about global warming.

Basically, an entire political party---the one that has the majority of Congress, mind you---is beholden to a 21st century version of the conspiracy theory about how the Illuminati or the Elders of Zion or whatever is secretly running the world. Except this version holds that it's Barbra Streisand and the conspiracy is climate change.

I don't even know what to say:

The official website for House Republicans has posted on YouTube a version of President Obama’s State of the Union address which cuts out comments where the President was critical of Republican rhetoric on climate change, ThinkProgress has learned.

In the website’s “enhanced webcast” of the State of the Union speech, President Obama’s comments criticizing Republicans for saying they are “not scientists” when it comes to climate change are erased.

At the 43:25 minute mark, President Obama is supposed to say “I’ve heard some folks try to dodge the evidence by saying they’re not scientists; that we don’t have enough information to act. Well, I’m not a scientist, either. But you know what — I know a lot of really good scientists at NASA, and NOAA, and at our major universities. The best scientists in the world are all telling us that our activities are changing the climate, and if we do not act forcefully, we’ll continue to see rising oceans, longer, hotter heat waves, dangerous droughts and floods, and massive disruptions that can trigger greater migration, conflict, and hunger around the globe.”

Instead, the entire section is skipped. Obama’s comments resume with “The Pentagon says that climate change poses immediate risks to our national security. We should act like it.”

At the current rate, it'll be two years and we'll have Republicans endorsing the idea that merely listening to the evidence for climate change brainwashes you so that you will be unable to resist the call when they finally send out the signal to march to the processing plants to be turned into food for the lizard people.