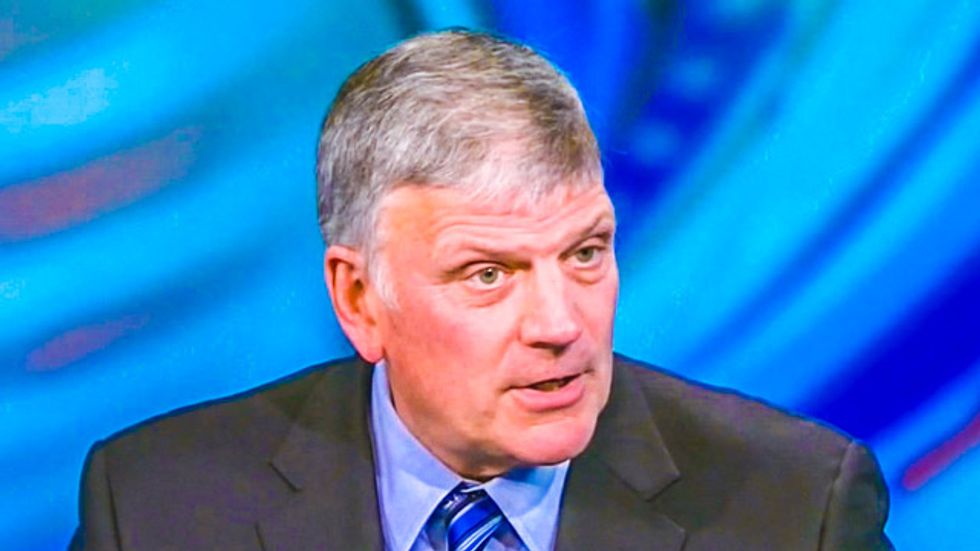 Conservative Christians are freaking out over the decision by Duke University to allow a Muslim student group to broadcast a weekly call to prayer from a chapel bell tower.

The three-minute chant will be “moderately amplified” by a speaker system in the Duke Chapel’s tower, a university landmark.

The Fox contributor complained that Duke, a private university founded by Quakers and Methodists, had not allowed an anti-abortion event several years ago at its Women’s Center.

“Those who cry loudest for tolerance are often the most intolerant when it comes to viewpoints they disagree with,” Jeffress said.

He described Islam as a “false religion based on a false book written by a false prophet,” but he conceded that Muslims have a First Amendment to practice their faith.

Jeffress agreed with the Rev. Franklin Graham, who suggested that donors withhold their support from Duke until the university reverses its decision on the call to prayer.

“As Christianity is being excluded from the public square and followers of Islam are raping, butchering, and beheading Christians, Jews, and anyone who doesn’t submit to their Sharia Islamic law, Duke is promoting this in the name of religious pluralism,” Graham said in a Facebook post.

The chapel was built in the 1930s and is available to all campus religious groups to hold prayers and religious services, but Graham singled out the Muslim call to prayer as particularly offensive.

“It’s wrong because it’s a different god,” Graham said. “Using the bell tower that signifies worship of Jesus Christ, using (it) as a minaret is wrong.”

He said Muslim students should be allowed to worship on campus, but he said Duke should donate and set aside land and Saudi Arabia should fund the construction of a mosque.

More than 700 of Duke’s 14,850 students are Muslims, according to the university.