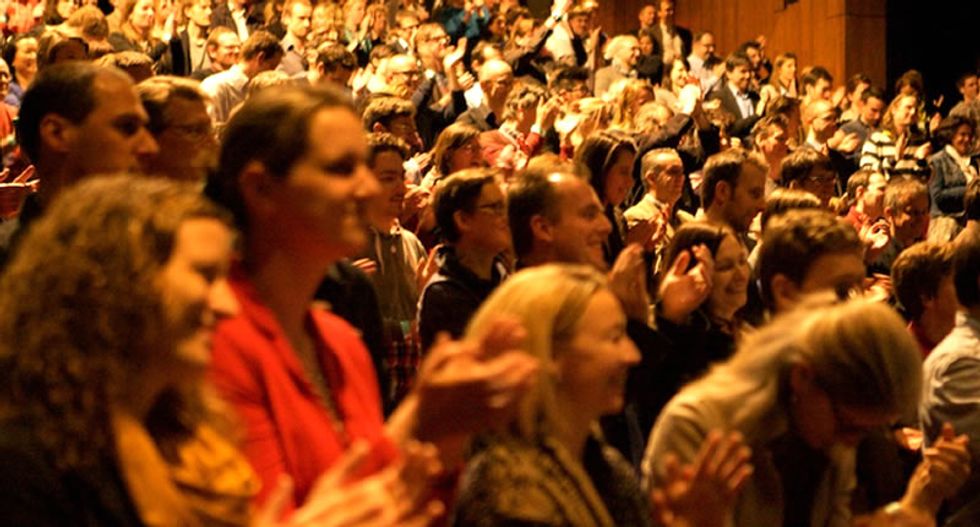 An Irish Catholic priest in Dublin received a standing ovation from his congregation after stunning them with the announcement that he is gay, The Belfast Telegraph reports.

Father Martin Dolan -- who has served as a priest at the Church of St Nicholas of Myra for 15 years -- made the surprise announcement during a speech in which he urged his congregation to back the forthcoming Irish referendum on same-sex marriage.

A church community worker, Liz O'Connor, told The Irish Sun that the announcement was very low-key. "He was just doing his service, it was part of his homily, and that's it," she said.

"We are all very proud of Martin," O'Connor added. "Because he has admitted that he is gay doesn’t change the person that he was before he said it. I wouldn’t like to see him being moved for the statement he made. That would be horrendous."

"He should be supported," she continued. "He has done nothing wrong. If he’s moved, there would be uproar in this parish. He’s still the same man today. Martin has always been an advocate of people’s rights, and even spoke about the child abuse in the Church.

"There’s not many [members of the clergy] that would come out because they’re afraid of the bishops and that, but Martin is his own man. That’s what he believes in."

The Catholic Church in Ireland still vehemently opposes same-sex marriage, with Bishop Liam MacDaid calling it a "grave injustice" at a recent press conference, adding that "to put any other view of unions on the same level as Christian marriage would be disservice to society rather than a service."

The majority of Irish citizens, however, are expected to vote in support of the referendum, with 71 percent indicating that they would vote "yes" to allow same-sex marriages in a recent poll by the Irish Times.