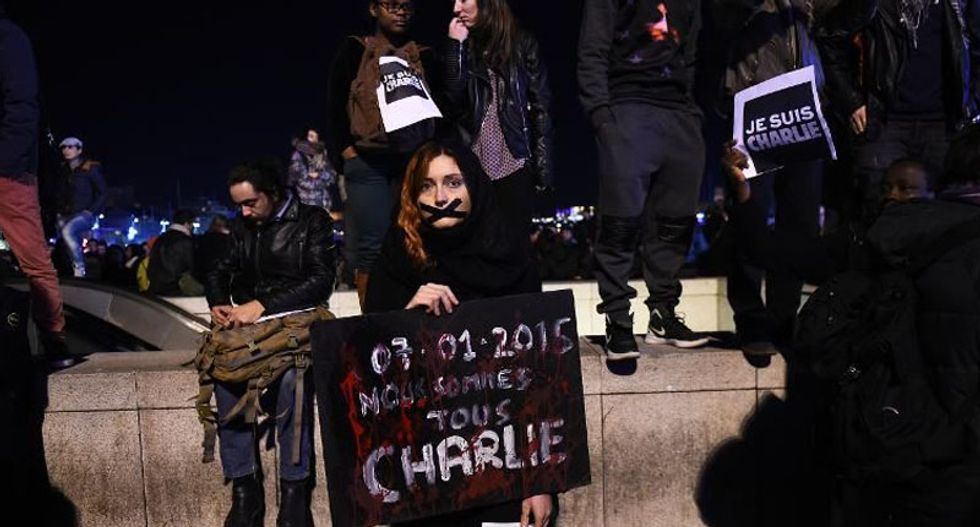 A woman holds a placard reading "We are all Charlie" during a gathering in Marseille on January 7, 2015 (AFP)

Egypt's state sponsored Islamic authority on Tuesday denounced as a provocation the planned publication of another cartoon of the Prophet Mohammed in the new issue of French magazine Charlie Hebdo.

"This action is an unjustified provocation against the feelings of 1.5 billion Muslims," the Dar al-Ifta said in a statement.

"This (magazine) edition will result in a new wave of hatred in French and Western society. What the magazine is doing does not serve co-existence and the cultural dialogue Muslims aspire to," the statement added.

Dar al-Ifta is headed by the mufti, the government's official interpreter of Islamic law.

His adviser, Ibrahim Negm, told AFP the institution condemned the bloody attack on the magazine's offices last week by jihadists, after it published satirical depictions of the Muslim prophet.

"We call on all Muslims not to participate in violence," he said.

"We denounce violence and respect freedom of opinion. But the other side has to understand that we love the Prophet Mohammed."