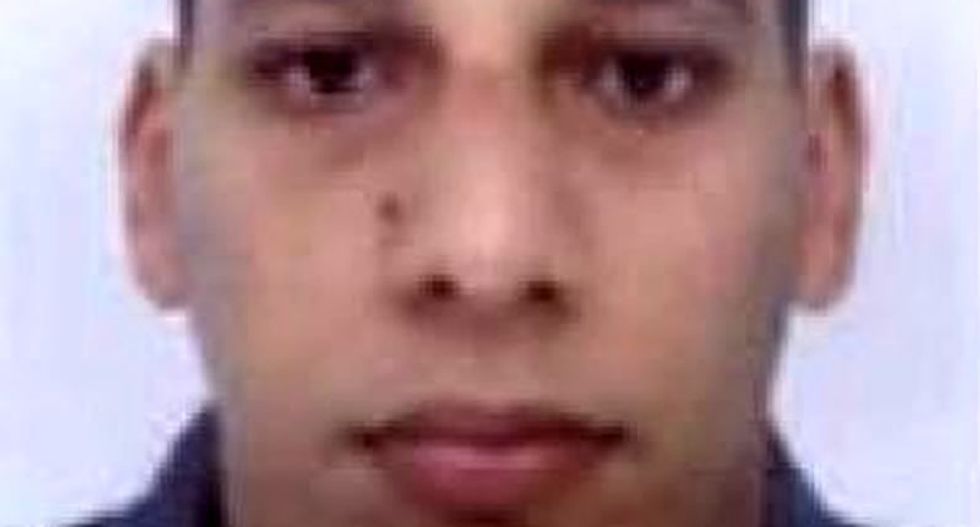 Europe remained on high alert Sunday as the suspected mastermind of a jihadist cell in Belgium remained at large and anti-Islamist rallies were blocked by nervous authorities in Germany and France.

Amid the heightened tensions, the second gunman in the Charlie Hebdo magazine attack was given a secretive burial in an unmarked grave near Paris late on Saturday, designed to ensure it did not become "a pilgrimage site" for radical Islamists.

Meanwhile, Abdelhamid Abaaoud, considered the brains behind the cell plotting to kill Belgian police, was still on the run days after the group was busted by intelligence services.

DNA tests showed the 27-year-old was not among suspects arrested in Athens and is still at large, Belgium's Justice Minister Koen Geens told VRT television.

German police banned a rally by the anti-Islamic PEGIDA movement and other open-air gatherings planned for Monday in the eastern city of Dresden, saying there was a "concrete threat" of an attack against its leadership.

The PEGIDA marches have grown steadily since they began in October and drew a record 25,000 people last Monday in the wake of the Paris attacks that left 17 people dead.

The group claimed the threat came from the Islamic State group based in Syria and Iraq, with local media reporting that PEGIDA's most prominent leader Lutz Bachmann was the target.

Also on Sunday, a French court prevented a rally by anti-Islamist groups in Paris on the grounds that they were promoting Islamophobia.

Cherif Kouachi, one of two brothers who killed 12 people in the attack on satirical weekly Charlie Hebdo on January 7, was buried in a cemetery in Gennevilliers, a day after the funeral of his older brother Said in the northeastern city of Reims.

Cherif's family, including his widow, kept away from the funeral, the mayor's office said.

The brothers were shot dead by police after a three-day manhunt following their attack on Charlie Hebdo, which had enraged many Muslims around the world with its repeated publication of cartoons lampooning Islam's Prophet Mohammed.

Anger erupted in a string of majority Muslim countries after the magazine responded to the decimation of its staff by running another caricature last week, showing the prophet under the headline "All is forgiven".

The worst unrest was in Niger, where at least 10 people were killed and eight churches torched over two days of rioting.

Around 1,000 youths wielding iron bars, clubs and axes rampaged through the capital on Saturday, hurling rocks at police who responded with tear gas.

The weekly has sold 2.7 million copies of the post-killings "survivors' issue" in France alone and said it would extend its print run to seven million copies -- up from only 60,000 normally.

President Francois Hollande said France was committed to "freedom of expression" and people should not change their habits since "to do so would be to yield to terrorism".

But a poll published in Le Journal du Dimanche found 42 percent of French people thought publications should avoid running cartoons of Mohammed, and 50 percent favoured limiting freedom of expression on the Internet and social networks.

A memorial rally was due to be held in Paris on Sunday for policewoman Clarissa Jean-Philippe, who was gunned down by Amedy Coulibaly, another Islamist gunman who claimed to be working with the Kouachi brothers and was also shot dead by police.

He had killed four Jews in a siege at a kosher supermarket in Paris on January 9.

French investigators were focusing on 12 people detained Friday and being questioned over "possible logistical support" they may have given to the Paris gunmen, sources said.

Britain will hold a meeting on Thursday of the coalition against the Islamic State group, which one of the Paris gunmen claimed to represent, hosted by Foreign Secretary Philip Hammond and US Secretary of State John Kerry.