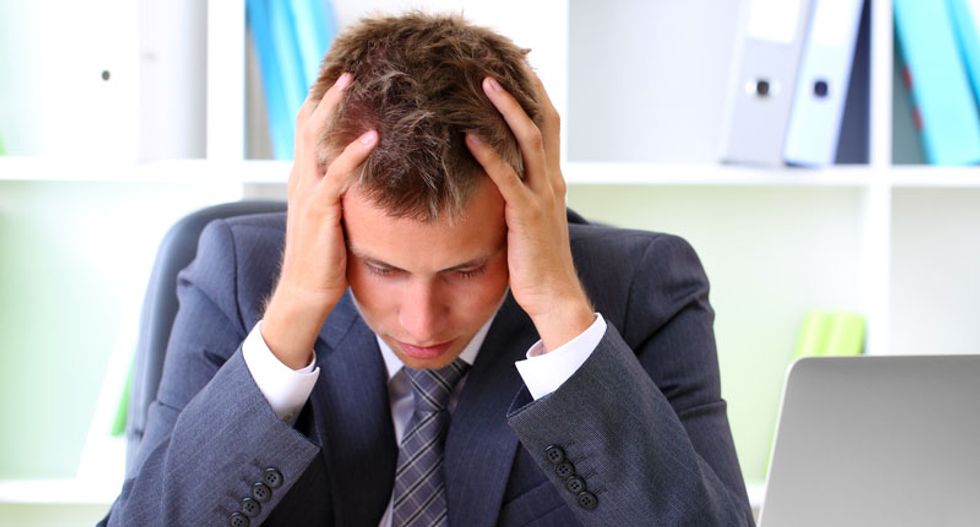 Scottish-born David Gray, a creative director based in Brooklyn, was “doubled-up coughing in the snow” when he fell out of love with the US healthcare system.

Gray, on his employer-provided health insurance, needed a US doctor for a checkup. A colleague recommended a doctor’s office housed in “a really grand building on Fifth Avenue in Manhattan. Full floor, incredible views – it looked like a movie version of a New York doctor’s,” he says. “It was just about the friendliest, fanciest place I’d ever been.”

A chatty, relaxed doctor and a glamorous receptionist greeted him on that visit. Though the office was devoted to plastic surgery – the shelves replete with cosmetics, glossy leaflets about Botox treatments and dermal fillers – they treated Gray.

A year later, the reception he received was quite literally chilly. Gray, suffering from a chest infection, cold, exhausted and weak, headed out in a snowstorm and stumbled along to the same doctor’s office.

When he handed over his insurance card, the receptionist’s dazzling smile faded. His employer had changed healthcare providers without Gray’s knowing it. “Sliding the new card back across the desk, she said ‘this is not insurance we accept.’ She turned away. Sixty seconds later I was back out in the snow, bent over double coughing,” Gray says.

Gray is far from alone. The American “health insurance” system comes as a nasty shock to many British expatriates working and living in the United States.

Even some who enjoy great career opportunities and stay in America for 10 or more years simply resent having to deal with it.

Some prefer to fly back to the UK for visits to the doctor or dentist because even after paying for flights it is sometimes still cheaper – and a lot less hassle – than getting treatment in the United States.

In America, health insurance is simply big business. The largest 125 US health insurers collected $744bn in 2013 premiums, according to a US News & World Report article citing data from the National Association of Insurance Commissioners.

Health insurance in America has its own vocabulary, its own culture, and the British have to learn the hard way.

Trying to explain the American health insurance system to friends and family in the UK is often futile.

Brits find it hard to believe that many Americans stay in a job they hate for 20 or 30 years mainly because it provides health insurance for them and their families.

That strikes Brits as a kind of serfdom in The Land of The Free.

Where Americans see “choice” in their private health insurance plans, Brits see wasted time and confusion. Where Americans say “I get to choose my doctor,” Brits ask “why on earth would you want to choose a doctor?” Where Americans talk about “out-of-pocket” and “deductibles” and “co-pays”, Brits say “what?” and get all of the above confused.

As millions of previously uninsured Americans sign up for different levels of health care under the Affordable Care Act, British expats are impressed at this development.

But many of the Brits remain confused and bewildered by the health insurance system in the United States – and appalled at the cost.

An informal survey of a dozen or so educated and successful Brits living and working in the United States found different levels of bamboozlement, resentment and grim acceptance of the American healthcare system.

The Brit expat reaction to this array of choices is bafflement: What are we buying here? Healthcare or American Express cards?

“Plans in these categories differ based on how you and the plan share the costs of your care,” says the HealthCare.gov site advice.

Then, just to reassure you, the site adds: “The categories have nothing to do with the amount of care you get.”

Confused? You will be.

Take me back to Blighty

In the United Kingdom, people don’t have to spend too much time thinking about how to get healthcare or how to pay for it – or even worse, how to do the paperwork like they were making an insurance claim on their car or their house.

The UK’s under-pressure National Health Service is far from perfect – the standard and speed of service can depend on where you live and people often wait for many months for certain hospital treatments and procedures.

But anyone can visit a doctor or spend time in hospital without having to think about the cost.

Steve Camac is a great example of a Brit who embraced the optimism of America and loves the opportunities it offers those who are hard-working and smart.

Camac moved to the United States in 1991 from Lewes, East Sussex, to attend college and never left. He now runs his own business conference company and provides health insurance for his staff.

But even a fan of America like Camac has some reservations about its health insurance system.

“It is confusing,” said Camac. “I don’t think it is the best model. You have to think about it and pick a plan. It’s a pain in the arse.”

But he is quick to add: “There is more bureaucracy but I think once you start using it, it’s fine … the treatment and facilities are better than in Britain.”

British-born Helen Colquhoun moved to Boston roughly 12 years ago and is a senior medical director working in clinical trials.

Colquhoun loves the lifestyle but she is not impressed by the healthcare system.

“Other countries manage to police their healthcare systems by mechanisms other than the courts. So costs are much higher than they need to be.”

Colquhoun, like many Brits, doesn’t understand why so many Americans are opposed to the idea of what they call “socialised medicine” and why health insurance has anything to do with employment.

“The attitude that universal coverage is wrong is madness. Every insurance scheme in existence relies on those not claiming to pay for those that do. Why it is tied to employment is beyond me. It is a massive burden on business like another tax.”

But many educated Brits simply find it too much to think about.

“My pet peeve is the fact that American doctors tend to err on the side of over-treating you in this country. In the UK you’d be told to head off home and take a Lemsip whereas here you’re put on a course of treatment.”

Brits are also sometimes offended to find out that some doctors accept their insurance plans and some don’t.

British-born financial editor John has been in America for more than 10 years but still complains about the system.

“The US healthcare system is byzantine, chaotic and confusing,” said John.

“For those of us who grew up in a country with a functioning welfare state, yes, the difference is stark and it rankles to be ground down by the bureaucracy, wasted time and potentially ruinous costs of the US health system.

“But I think Americans are becoming increasingly disenchanted too, from the conversations I hear around me, and increasingly distrustful of the health insurers and their fake bills, some of which have ‘this is not a bill’ in small print and some of which don’t – and people can mistakenly pay.”

Some hardy Brits just accept it and get on with their lives.

Iain McClements, a summer camp director, is another Brit who embraces the American lifestyle with open arms but has wrestled with health insurance.

McClements has been Stateside for about 15 years and was bamboozled the first time he tried to choose a health insurance plan.

“I had no idea … before kids, I never went to the doctor. I never used it.”

But recently, McClements had to spend time choosing a new health plan for himself and his wife and three children when he found out the cost of his monthly health insurance plan for the family was going to jump from $1,100 to $1,600.

“It was good coverage … but it’s still a ton of money.”

“When you have a family and you see kids getting sick, you really have no choice,” said McClements.

“It gets easier to understand it when you have used it a little bit … it gave me a little more insight having used a plan for a year.”

McClements loves America and has made great advances in his career: “The opportunities are absolutely there. I’m not going to lie. It’s been fantastic.”

But he added: “There’s no safety net.”

In a ceremony at the Kremlin, Putin signed decrees to annex Donetsk, Luhansk, Kherson, and Zaporizhzhia—four Ukrainian territories wholly or partially controlled by Russian troops. Residents of those areas will "be our citizens forever," he said, claiming that this represents "the will of millions of people."

A U.S. Senate candidate in Vermont has sued the law enforcement officers involved with charging him for violating an abuse prevention order.

Kerry Raheb, of Bennington, is charged with one misdemeanor count of violating a protection order related to allegedly stalking a person who was moving an excavator from a road, and the independent Senate candidate started aggressively honking his horn and nearly hit the machine as he drove fast around it, reported the Burlington Banner.