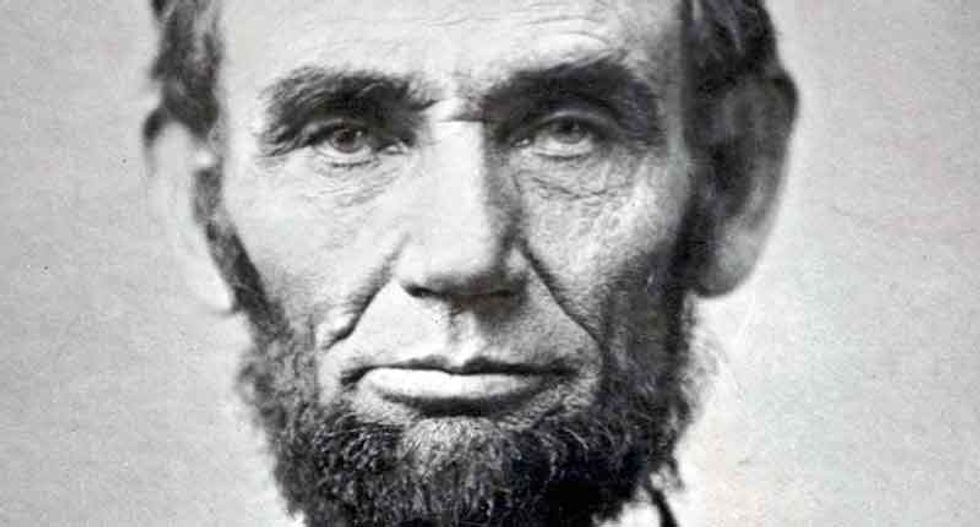 DALLAS (Reuters) - A collection of Abraham Lincoln memorabilia, including a lock of the 16th U.S president's hair, will be up for auction in Dallas on Saturday, months before the United States marks 150 years since the end of the Civil War and Lincoln's assassination.

The collection of more than 300 items, with a combined estimated value of about $400,000, belonged to a Fort Worth history buff and is considered to be one of the best private Lincoln collections known to exist, according to Heritage Auction officials.

The late Fort Worth art gallery owner Donald Dow built the collection over five decades, beginning in 1963 with the purchase of a box of books, according to his son Greg Dow, who is selling the collection. The elder Dow died in 2009.

"He started collecting because of his interest in the Civil War and military history," Greg Dow said. "But then he became interested in Lincoln and the assassination."

Lincoln was shot on April 14, 1865, in Washington by John Wilkes Booth, a famous actor and supporter of the Confederacy. He died the next day.

Highlights of the collection include a fragment of a letter Lincoln wrote to a Baltimore attorney in 1862, containing a rare admission that Civil War was not going well for the north but rejecting surrender. The fragment is projected to sell for about $25,000.

Papers endorsed by Lincoln arranging a prisoner swap between a Union soldier in Confederate custody and the son of Confederate General Robert E. Lee, who was being held by the Union, is estimated to sell for $10,000.

The items up for auction include the arrest warrant for Booth, estimated to sell for $4,000, and two eyewitness accounts of the assassination, expected to fetch $6,000 and $8,000.

Greg Dow said the time is right for him to sell the collection.

"I want other collectors to have a chance to enjoy it," Dow said.

The family of former US vice president Mike Pence has announced the death of Marlon Bundo, their pet rabbit who starred in a children's book series by the second family as well as a parody version supporting gay rights.

The rabbit, whose name is a pun on actor "Marlon Brando," lived with the Pence family at the vice president's official residence in Washington, and was a frequent guest at events for children.

MSNBC guest: Manchin and Sinema 'are the white people Martin Luther King Jr. warned us about'

Elie Mystal, a justice correspondent for The Nation, asserted over the weekend that Sens. Joe Manchin (D-WV) and Kyrsten Sinema (D-AZ) "are the white people that Martin Luther King Jr. warned us about."

During a Sunday interview on MSNBC, Mystal reflected on Democrats' failure to pass voting rights legislation.

According to a report in the Philadelphia Inquirer, the race for the Republican nomination to replace Gov. Tom Wolf (D) remains highly unsettled with too many similar candidates and a lack of one key endorsement that could help one of them break away from the pack.

So far, former president Donald Trump has withheld his endorsement of any of the 14 potential candidates -- with a 15th reportedly waiting in the wings -- who will likely oppose current Pennsylvania Attorney General Josh Shapiro in what many in the Keystone State are calling the "Trump primary."