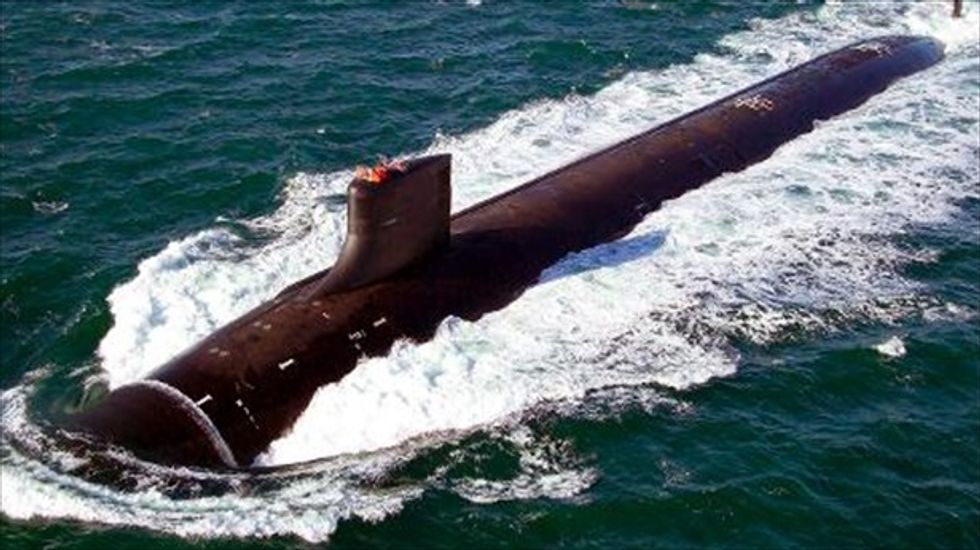 A Malaysian contractor at the center of a corruption scandal rocking the US Navy pleaded guilty to fraud charges, admitting to bribing officials with cash, prostitutes, Cuban cigars and Kobe beef.

Known as "Fat Leonard" by the American sailors who dealt with him, 50-year-old Leonard Francis of Glenn Defense Marine Asia (GDMA) entered a guilty plea in a federal court in San Diego, confirming he presided over a decade-long scheme involving tens of millions of dollars in bribes, prosecutors said.

In addition, his ship supply company, GDMA, pleaded guilty to bribery charges and US Navy Captain Daniel Dusek pleaded guilty to conspiracy to commit bribery, the hightest-ranking officer so far to admit wrongdoing in the case.

Four other current and former naval officers have been charged in the scandal.

Dusek, 47, admitted to using his position as a senior officer to ensure ships stopped at ports where Francis's company operated, and on one occasion arranged for an aircraft carrier strike group to stop at Port Klang, Malaysia, a terminal owned by Francis, officials said.

The plea by "Fat Leonard," portrayed as the ringleader of the bribery scheme, represents a coup for prosecutors in the worst scandal to hit the navy in years.

It also raised the possibility that more naval officers could be implicated.

Federal prosecutors said the investigation was "ongoing" and that the case was not closed.

"It is astounding that Leonard Francis was able to purchase the integrity of Navy officials by offering them meaningless material possessions and the satisfaction of selfish indulgences," US Attorney Laura Duffy said in a statement.

"In sacrificing their honor, these officers helped Francis defraud their country out of tens of millions of dollars. Now they will be held to account," she said.

He agreed to forfeit $35 million that he made in the scheme and to repay the navy whatever amount the court decides.

As part of his guilty plea, Francis admitted he bilked the US military out of tens of millions of dollars by routinely overbilling for fuel, tugboat services and sewage disposal.

Sentencing hearings for Francis and the naval officer, Dusek, are scheduled for April 3.

Francis told prosecutors of seven Navy officials that he bribed, including Dusek and three others who have entered guilty pleas.

A fifth officer, Commander Michael Vannak Khem Misiewicz, has pleaded not guilty and will face trial.

The other two named by Francis have yet to be identified or charged.

In addition, two naval admirals have had their access to classified information suspended over accusations of inappropriate contact with Francis. Neither of them have been charged.

Misiewicz, who has insisted he is innocent, was seen as a rising star in the navy, which promoted his life story when a destroyer under his command paid a visit to Cambodia.

Born in Cambodia, he was sent away as a boy to the United States for adoption to save him from the genocidal Khmer Rouge.

Now Misiewicz stands accused of accepting luxury suites at the Shangri-La hotel in Singapore and prostitutes in exchange for providing GDMA with confidential ship movements.