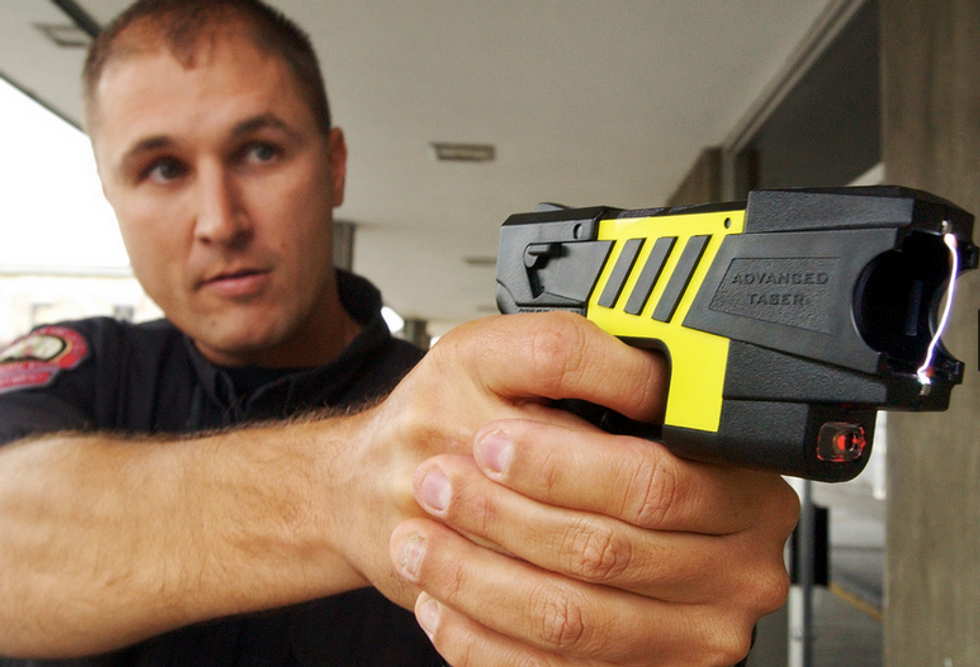 A south Florida police chief has changed a policy requiring new officers to be shocked with a Taser during training.

Daniel Oates, chief of Miami Beach police, issued a memo Wednesday reversing the long-standing policy requiring officers to have a Taser used on them before carrying the nonlethal weapon while on duty, reported WSVN-TV.

“I don't agree with this rule,” Oates said in the memo. “I have been shocked by the Taser, and it is extremely unpleasant. I don't believe an officer needs to go through that experience in order to be well trained in how to use the weapon."

The memo was issued the same day that the Miami Beach city commission approved funding to buy updated Tasers for the department.

Many police departments, including neighboring Miami police and the Broward County Sheriff’s Office, require officers to undergo the training to help prove in court that Tasers are a non-lethal tactic.

"I think my decision today is a compassionate decision with regard to my employees, and you would apply that rationale to the use of other, less lethal weapons that we use and say everybody should be hit with a nightstick, and it doesn't make sense," the chief said in the memo. "I don't believe it's a valid, legal reason."

Oates said new officers may choose to have a Taser used on them, but he will not require them to do so.

Some city commissioners said they would ask to the chief to reconsider his decision.

"I disagree with that, I think that the process going through the experience of what you're going to subject other people to is important," said City Commissioner Jonah Wolfson.

Former Trump 2016 campaign manager and Senior Counselor to the President Kellyanne Conway has remade herself multiple times. A pollster who once had as a client Todd Akin – the GOP lawmaker who made the phrase, "if it's a legitimate rape" infamous – Conway also did polling for Donald Trump when he was considering a run for New York governor.

Once inside the White House Conway was one of the newsiest officials, often appearing before the Fox News cameras almost daily.

The age-old double standard was the topic for the table of the co-hosts at "The View" on Wednesday, as Republican Senate candidate Herschel Walker's latest scandal persisted.

Walker was exposed as a hypocrite for claiming to be a virtuous pro-life conservative when he was sleeping with tons of women, having several children out of wedlock and paying for abortions for other women. Former NRA TV host Dana Loesch attacked the women as "skanks," which didn't sit well with the hosts of "The View."

Fulton County district attorney Fani Willis argued the arrangement was “rife with serious ethical problems” and “actual conflicts of interest" in a new court filing seeking to disqualify two lawyers who are being paid by the state GOP, which she said undercuts their ability to do what's in the best interest of each of their clients, reported Yahoo News.