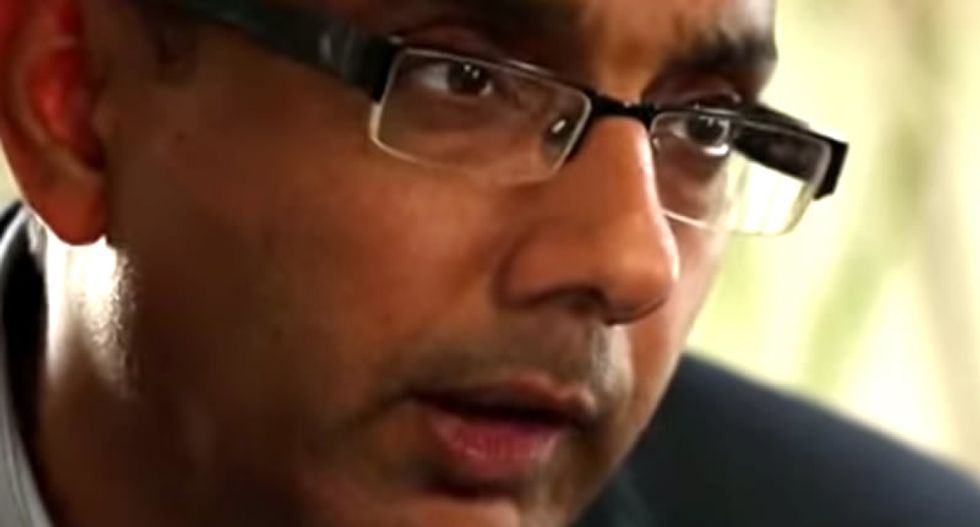 State Senator Alan Hays and Representative Neil Combee respectively introduced Senate Bill 96 and House Bill 77 in order to combat what they see as the "erroneous" and "anti-American" content of American history classes.

"Frankly, it's embarrassing that we allow these lies to be taught in our school system," Hays told The News-Press. "Unfortunately, our parents and our school board members have not kept up with the misrepresentation of American history that is being perpetrated in our school system, and this movie gives a totally different view."

"I wish that the movie weren't necessary, but I think that I can do everything to make sure it's shown," he added.

Last year, Sen. Hayes told The Hollywood Reporter that "[t]he most dreaded disease in America today is political correctness. We need to inform our students of our whole history, and teach them how to think, not what to think."

The film was widely panned by critics, earning a dismal eight percent Tomatometer rating on review aggregator Rotten Tomatoes. According to RogerEbert.com critic Peter Sobczynski, the film is "the cinematic equivalent of one of those forwarded e-mails of mostly discredited 'facts' that you receive from an uncle and at least those sometimes include family photos or a meat loaf recipe that can be of some value."

School board members in East Lee County are wary of including the film on the curriculum -- and the motivations behind requiring showings of it.

"A lot of people who are out there are anti-Common Core, anti-government control, but they're totally behind this bill because they like the message," Pam LaRiviere told The New-Press. "But people need to decide: do you want the state Legislature to tell us what to do, or do you want each county, each school district to makes its own decisions?"

The Libertarian Party's Florida director, Matt Worley, was more direct with his condemnation, calling it the "height of hypocrisy," then adding, "how can you rage against Common Core forcing teachers to follow geographically-broad curriculum, and then support this?"

Hayes will be screening the film for his colleagues in February. The Florida legislative session begins on March 3.

Watch a trailer for America: Imagine the World Without Her below via YouTube.