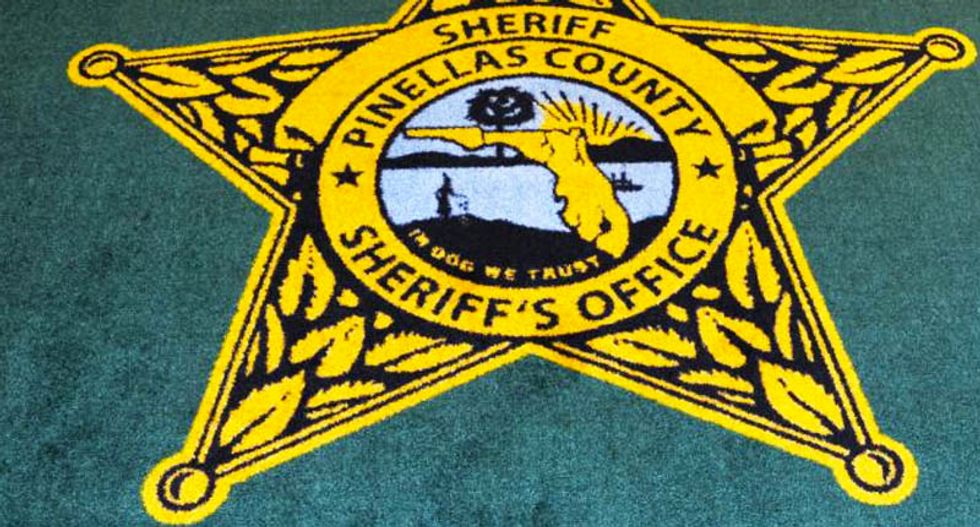 The Pinellas County Sheriff's Department is auctioning off their infamous station rug featuring a badge mistakenly emblazoned with "In dog we trust," reports WXYZ.

The rug -- with the word 'dog' mistakenly substituted for 'God' possibly due to a computer error by the manufacturer -- is available for bid at onlineauction.com where bidding started at $100 but had reached $2675 by Friday afternoon.

Proceeds from the auction will be going to Canine Estates, a dog rescue in Palm Harbor.

The rug, featuring a large deputy's badge woven into it, has been in use at the station for months until a deputy noticed the typo.  It was then quickly rolled up and put into storage while the manufacturer went about replacing it. After a reporter asked about the rug this week, it became famous worldwide with requests from as far away as South America asking to purchase it.

“The biggest concern I was hearing from people was, ‘Oh my God, don’t throw it away',” Sheriff Bob Gualtieri said.

According to Gualtieri, the National Sheriff’s Association requested the rug for its museum.

The auction, which began on Thursday, was announced in a pun-filled press release from the Sheriff, saying, "In light of the continued and extensive interest regarding our plans for the "doggone" rug, at this time we can confirm that the rug will be auctioned online with proceeds to be donated to a local animal rescue group.Sheriff Gualtieri will discuss the de"tails" immediately following the "Operation Street Sweep" news conference. Just to "throw you a bone": The rug will be available at the presser for a photo opportunity."

Watch video below from WFTS: