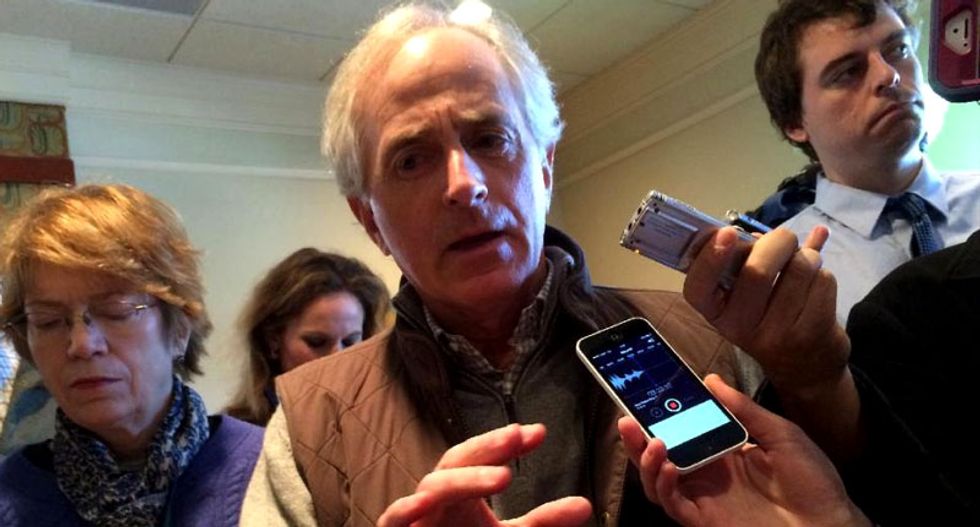 The US Senate will begin debate within weeks on whether to slap new sanctions on Iran and demand congressional approval power over any nuclear deal reached with Tehran, a top lawmaker said Thursday.

"I think some time toward end of January, beginning of February you'll see something being debated on the Senate floor," Senate Foreign Relations Committee chairman Bob Corker told reporters at a Republican retreat in Hershey, Pennsylvania.

Two distinct paths are being crafted in Congress for putting pressure on Iran's leadership in the midst of critical nuclear negotiations aimed at preventing the Islamic republic from developing a nuclear bomb in return for an easing of global sanctions.

The parties include the United States, Russia, China, Britain, France and Germany -- the so-called P5+1 group -- and Iran.

One Senate track, backed by Corker, envisages adoption of a bill requiring US President Barack Obama to submit any nuclear accord reached with Iran to a congressional vote.

For the international agreement to enter force, Congress would need to give its stamp of approval, according to Corker's proposed legislation.

"To me that's the strongest way to ensure the administration negotiates strongly towards an agreement that again will pass the test of time and keep Americans safe," Corker said.

The other track, pushed by Senate Democrat Robert Menendez and Republican Senator Mark Kirk, two foreign policy hawks who have sponsored previous Iran sanctions bills, centers on deferred economic sanctions that would kick in if Tehran refuses to sign a final deal or is seen as violating its terms.

New sanctions are vehemently opposed by the Obama administration, which does not want its hands bound as it negotiates the accord.

The two tracks' proponents are quietly trying to rally lawmakers to their side.

One senior congressional staffer described the sanctions legislation as a "diplomatic insurance policy," and that the sanctions, should they kick in, would not start until after the July 1 deadline negotiators gave themselves to reach an agreement.

"Right now, it's the only Iran legislation out there that has real and on-the-record bipartisan support in the Senate," the staffer told AFP.

Corker did not outline what level of Democratic support his measure has, but he implied he was revising the language in order to bring Democrats on board.

Corker's bill will be introduced through his foreign relations panel, while deferred sanctions will be addressed in the Banking Committee.

After going through committee, each of the bills could be amended, and possibly merged before a final vote on the Senate floor.

But Corker, a key figure in the Iran legislation debate, signalled his distrust of the sanctions approach -- and said other lawmakers were just as wary.

"I think many people are going to hold their powder dry on that, at least for a while," he said.

The negotiations resume Sunday in Geneva.