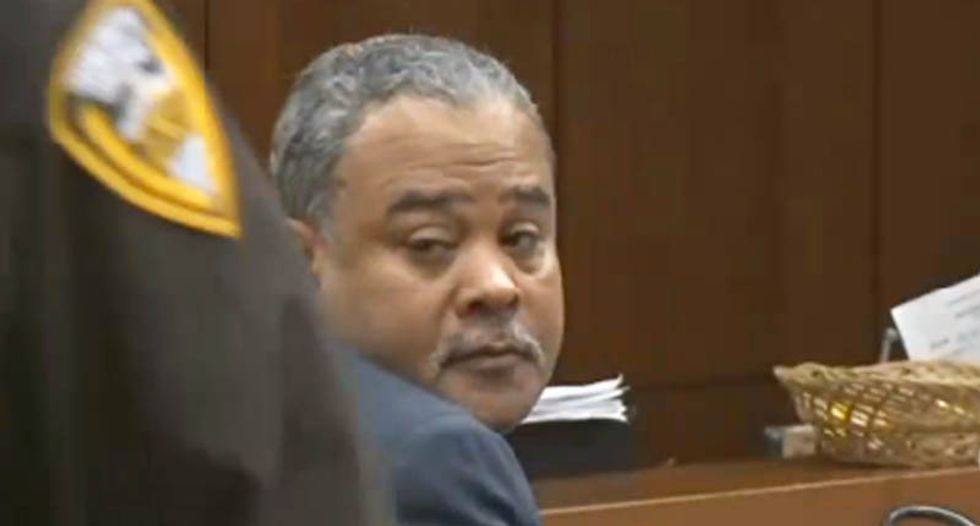 An off-duty Louisville police officer was acquitted by jury of one charge and fined $500 on another after shooting a motorist while off-duty and after a night of drinking at a friend's house, reports WDRB.

Officer Chauncey Carthan had been charged with wanton endangerment and driving under the influence for the 2012 incident when the he pulled over a motorist, initiating a confrontation that ended up with the officer shooting the suspect, Ishmael Gough, in the leg.

After deliberating three hours, the jury acquitted Carthan on the endangerment charge, but found him guilty on the lesser charge, with the officer paying a fine and not serving time in jail.

According to court records, Carthan left his friend's home on the evening of Sept. 4,  after an evening of drinking. While on his way home, he pulled Gough over for speeding and identified himself as a police officer, although Gough disputed that. Gough stated the out of uniform cop was aggressive, while pointing a gun at him and demanding he get on the ground without ever saying what he had done wrong.

Under questioning Gough admitted that he reached for the gun before Carthan shot him, hitting him in the leg.

A witness who called 911 described the incident to the dispatcher saying, “He’s got his gun, he’s saying he’s police though, but dude’s begging for his life down here on the ground.”

After being asked by the dispatcher if the man with the gun was a police officer the woman said, “Yeah, he said he’s the police, but I don't know. He ain’t got no uniform, no badge, no nothing- but he’s got this pistol pointing at the dude.”

Carthan said he felt his life was in danger when he shot, saying, “Had I let him take my gun that night, there is no doubt in my mind he would've used it on me and left me there for dead."

Following the indictment, Carthan resigned from the police department and he still faces a civil suit from Gough.

Watch the video below from WDRB: