French prime minister: We are at war against terrorism and radicals, not Islam and Muslims 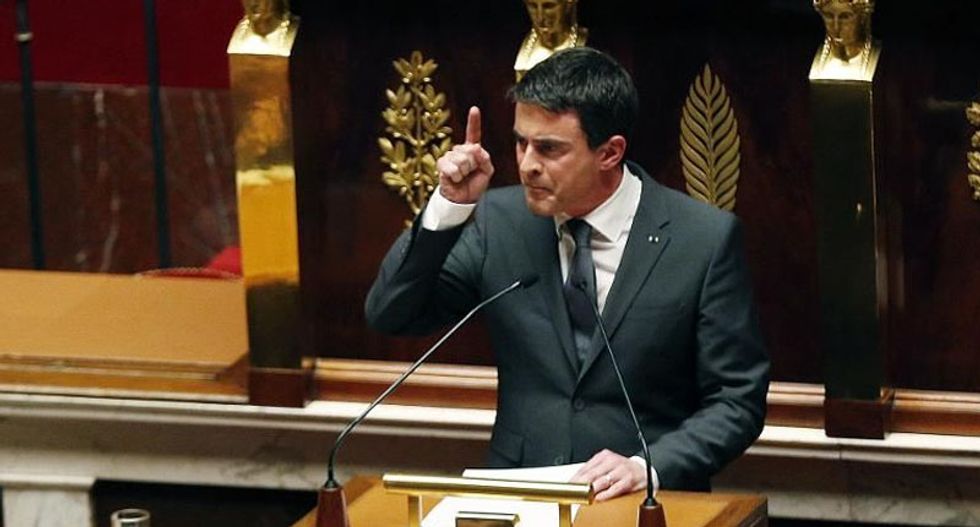 French Prime Minister Manuel Valls delivers a speech during a special session of the national assembly to pay tribute to the 17 victims of the Islamist attacks last week, on January 13, 2015 (AFP)

Prime Minister Manuel Valls told members of parliament Tuesday that France was at "war with terrorism, jihadism and radicalism", in the wake of the country's bloodiest attacks in half a century.

"France is not at war against Islam and Muslims," stressed Valls, after three gunmen claiming to represent extremist jihadist groups killed 17 people in three days that terrorised the country.

Valls announced a series of measures that will "draw on the lessons" from last week's attacks, including creating "specific quarters" for jihadists in prison.

Two of the gunmen in last week's attacks met in prison and remained in close contact. One of them claimed that the attacks were coordinated.

"We must respond to this exceptional situation with exceptional measures," said the prime minister.

But he ruled out "exceptional measures which deviate from the principles of law and values" in France.

In addition, Valls urged the "regular reinforcement" of domestic spy agencies and surveillance of terrorist suspects.

MPs observed a minute's silence in honour of the victims ahead of the special session, then deputies broke out into a spontaneous and rousing rendition of the national anthem.

Valls received a standing ovation after his speech, in a rare show of unity from MPs.