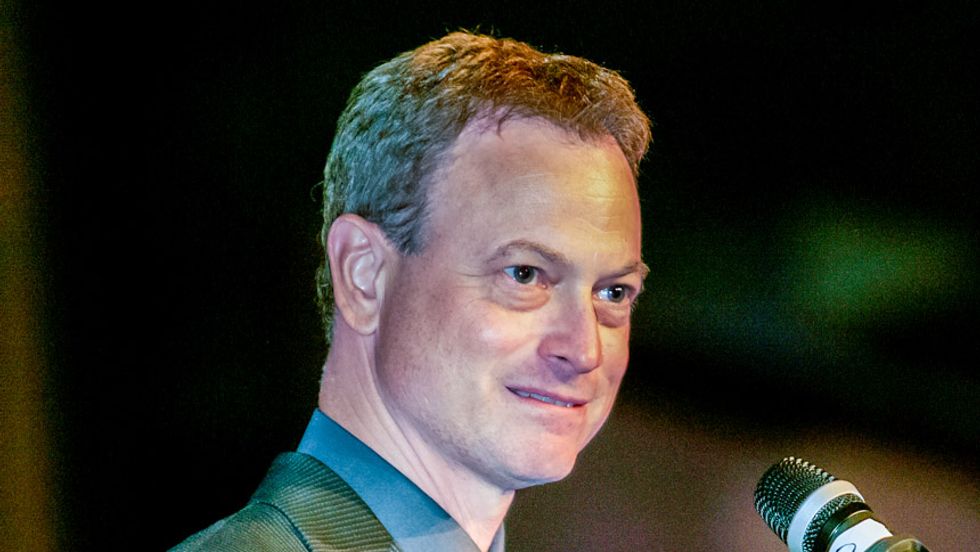 Actor Gary Sinise said this week that he was pulling out of a speech for a Catholic group after learning that they believed that same-sex attractions were a "disorder" that could be cured.

Good As You pointed out some of the controversial views of the Legatus organization on Monday after it was revealed that Sinise had been billed as one of the speakers for its 2015 Summit.

"The Church encourages people who suffer from the disorder of same-sex attraction to live a chaste and celibate life," the group's magazine continues.

A 2011 article in Legatus insisted that LGBT people could be cured.

"There are many reasons why people suffer from SSA disorder," Legate John Haas wrote. "Fortunately there is hope for those who suffer from the disorder. The National Association for Research and Therapy of Homosexuality reports that significant numbers of homosexual persons have undergone treatment and had their sexual drives properly ordered."

But Haas added that there were also support groups for those who "cannot be cured."

"Those who continue to suffer from this disorder can find true help through an orientation toward their Savior and Redeemer, 'the Orient from on High,' and the life that He offers them in Himself," he concluded.

In a statement on his website on Monday, Sinise said that he had been unaware of the group's views.

"For me, faith has been a catalyst for my mission to honor the men and women who serve in our nation’s military," the statement noted. "When I accepted the invitation to speak at the Legatus conference about Veterans issues and share my story, I was unaware of the controversy surrounding some of the participants, and their views on personal matters."

"I don’t want my mission—which is designed to be unifying—to be disrupted by these, or any controversies, and therefore have decided to withdraw."

By Tuesday morning, Legatus had remove Sinise from its 2015 Summit schedule. However, none of the other high profile speakers had backed out.

Cardinal Timothy Dolan, Louisiana Gov. Bobby Jindal (R), Coors Chairman Peter Coors, and Fox News anchor Bret Baier were still on the list. Baier may be the most surprising of the remaining speakers because he bills himself as Fox's straight news anchor.

"I truly try not to lean," Baier told a fan last year. " I have thoughts and feelings about things..(we’re not robots) I try to keep them to myself.. I am a registered independent."

“Bret Baier has withdrawn his participation as a speaker at the upcoming Legatus Summit due to the controversy surrounding some editorial stances in the organization’s magazine," a statement from Fox News said. "Bret accepted the invitation to speak about his book, his faith, and his son’s congenital heart disease. He was unaware of these articles or the controversy surrounding them.”