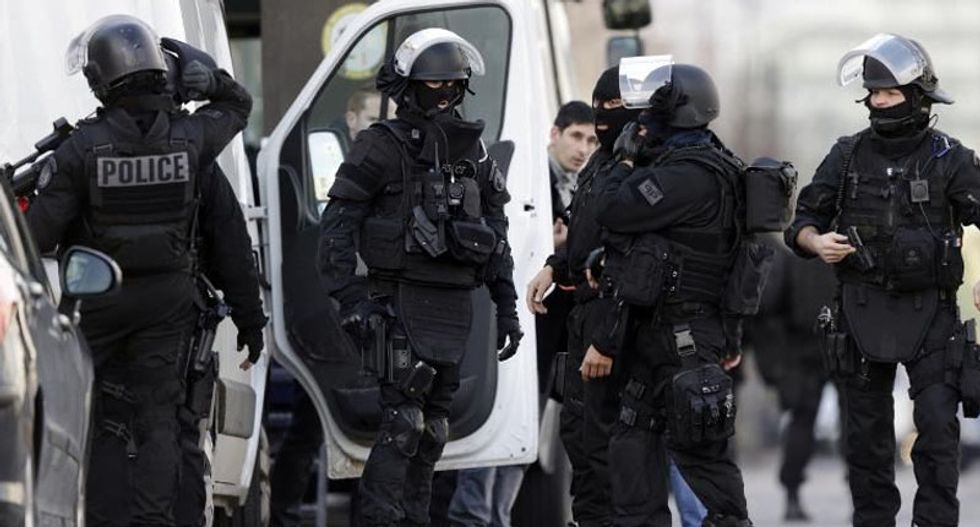 French armed police arrive at the post office where an armed man is holed up with two hostages, on January 16, 2015 in Colombes, outside Paris (AFP)

An armed man was holed up in a post office outside Paris on Friday with two hostages, police said, adding there did not appear to be any link to extremist attacks.

Police sources said several post office clients had managed to escape and that the gunman himself had called them. The sources said he was "speaking incoherently" and was heavily armed with grenades and Kalashnikovs.

The area around the post office in Colombes, a city northwest of Paris, had been cordoned off, with a helicopter flying overhead and elite security forces on the ground.

The French capital is still jittery after a series of attacks last week by Islamist gunmen left 17 people dead.