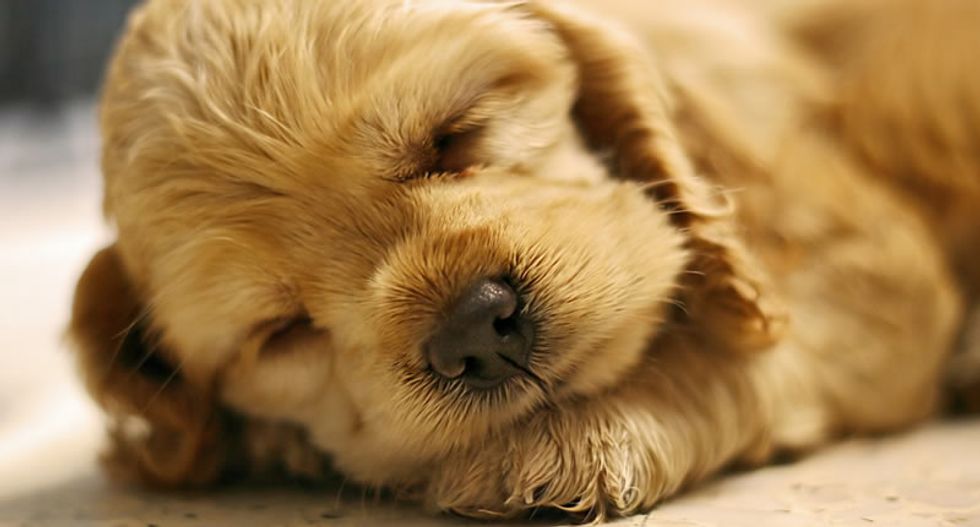 "Good Dog" by Pet Organics claims to "support emotional balance in your dog with this homeopathic, natural aid." It is a "water additive...made from a combination of four flower essences known for soothing properties, including helianthemum and impatiens."

But as the petition's author, analytic chemist Yvette d'Entremont noted, it "also contains 13 percent alcohol as a preservative." Despite the fact that alcohol is listed as an "inactive ingredient" on the label, d'Entremont demonstrated that the effect of the alcohol was, in fact, quite potent -- even on an adult human being.

According to The Pet Poison Hotline, "[e]ven small amounts of alcohol, especially in small dogs and cats, can cause life-threatening toxicity." Petco is aware of this fact, as a December 30 tweet indicates:

The directions recommend placing 1 teaspoon per cup of water in the dog's drinking water until the "pet seems happy and content," at which point "Good Dog is no longer needed."

Dr. Narda Robinson, a veterinarian and physician at Colorado State University, told 7News Denver that he is not surprised that "Good Dog" has a calming effect on animals, but noted that the reason is not because of the four flower essences allegedly contained therein.

In a statement, Petco insisted that "Good Dog" is safe when used as recommended: "[T]his product has no negative effect on pets, and no known pet deaths or illnesses have been associated with this product in the 10 years it has been sold at Petco."

Petco contacted Raw Story to say that it is issuing a voluntary recall on "Good Dog." Spokesman David Hallisey wrote that “[t]he health and safety of pets and people is Petco’s top priority. We sell a variety of calming remedies for pets with anxiety and also recommend that pet parents consult with their vet to ensure that there are no underlying health issues. In light of recent concerns expressed by some of our customers with regard to Good Dog Pet Calming Supplement, and this product’s alcohol content, we have decided to issue a voluntary recall, effective immediately. While we are unaware of any instances of this product causing illness when used as directed, customers can return this product to any of our stores for a full refund of their purchase.”