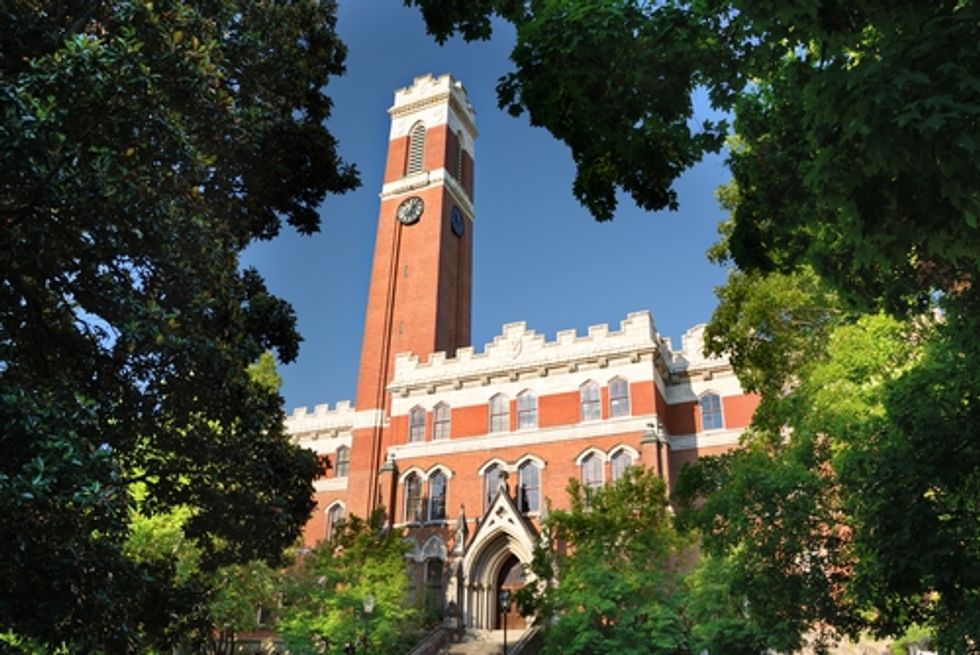 The debacle over the Rolling Stone story about sexual assault at UVA has been really chewed over by people who are interested in pushing the idea that women routinely make up false accusations about rape to hurt and punish men. Nevermind that most of the stories told in that piece are solid enough and never mind that even the one iffy story---that of "Jackie"---still doesn't come anywhere close to the "false accusation" mode.* But while the Rolling Stone story fed the myth that rape accusations are a matter of vindictive women lying for the pleasure of hurting men, the terrible case that happened at Vanderbilt is a sad reminder that the real story is often one of a woman who is loving and trusting and has a sexual predator ready to exploit her basic decency.

Vandenberg would tell her later in the day that she got very drunk and he tended to her, she said.

It wouldn't be until later that she learned something very wrong might have happened in Vandenberg's dorm room.

That's Brandon Vandenburg, who the alleged victim trusted because she believed he was her loving boyfriend. But during the time she says he said he was lovingly caring for her, witnesses testify that he was inviting his buddies to rape her and taking pictures to show off how great he is at abusing his girlfriend for all his friends to ooh and ahh at.

The jury heard for the first time from Miles Finley and Joseph Quinzio, two California men who were close friends with defendant Brandon Vandenburg in the summer of 2013. Both Finley and Quinzio have been charged with tampering with evidence in connection to this case.

Both allege that Vandenburg sent them videos and texts the night of the alleged rape. Quinzio described those videos as "horrific" and "surprising."

Finley testified that he texted Vandenburg to "delete that s***" from his phone, among other graphic messages, including one that said, "Don't let her wake up." Finley maintained that he wasn't giving Vandenburg any directions and that he was joking in some of the messages.

This sort of thing is why it's so irritating to have whiny anti-feminists say that anti-rape writers are trying to reduce the issue to "men bad, women good". Plenty of men are wonderful people. But it's indisputable that there's a strong streak in our culture of teaching men that it's cool and manly to treat women like shit. Being able to hoodwink a woman into trusting you and then crowing about how you have her under your thumb and can treat her like garbage is a widespread thing, celebrated in pop music and so ingrained that it's not even that surprising to hear that the reaction of some men to seeing their buddy abuse his girlfriend is, "Ha, well, don't get caught." It's often treated as little more than one of those minor transgressions that makes you seem cool and brave to others, like doing drugs or shoplifting. That's what we mean by "rape culture".

But while a lot of men are socialized to treat contempt for women like it's a competitive sport, women are often socialized to feel the opposite: That we are nothing without men, and that we should bend over backwards to catch and keep a man. And so it's no surprise that the victim in this case snapped into protect-my-man mode when the official first contacted her with concerns that her boyfriend was farming her unconscious body out to his bros.

Detectives asked the woman to get a physical examination, but she initially refused, still not knowing what had happened.

When Vandenberg sent her a text message saying that he was probably going to get kicked off the team, she replied by telling him, "I don't want anyone to get in trouble because of me."

"I'll do everything I can to clear your name," she said in a text to Vandenberg.

Her main concern at the time, she testified, was protecting him. To this day, she said she has no memory of what happened.

Obviously, she changed her mind when apprised of what exactly had happened to her. I cannot imagine the amount of pain that must have caused. I think a lot of women have had the experience of learning that the man who tells you that he likes you---or even loves you---is actually mocking you to his bros, making fun of how much he's fooled you and how much contempt he actually has for you. But this is beyond the beyond in terms of that kind of revelation. I just hope that this whole process gives her some closure.

All of this is why I get so annoyed at people expressing butthurt over the idea of "rape culture". Clearly, they would prefer to believe that rape is just a thing that happens and there's no real way to prevent it. You see a lot of pshawing over the idea that we could teach men not to rape. But this story suggests that cynicism is misplaced.** There's a lot of cultural ideas that allow these things to happen:  The idea that men show off manliness to friends by competing to show contempt for women. The idea that a "good" woman is loyal to her man at all costs. The idea that women should be lucky to have boyfriends and men are somehow doing women a favor by deigning to date them. All the ways we subtly and unsubtly push the idea that men have more value than women and that they earn "man" points by putting women down.

And while it's helpful to counter these messages with messages of respect for women, all too often, "respect" is mistaken for "chivalry", which is the idea that women are inferior and men should demonstrate dominance through protectiveness. That isn't helpful, because all too often that idea turns into "but if a woman does something I don't like, it's okay to start disrespecting her through abuse".

Instead, we should teach that women are equal. That they are mostly the same as men, in fact. Sure, different biology and often different clothes, but that we think and feel just like men do and that instead of treating sex like it's some kind of battle in which only one winner can emerge, we should instead treat it like it's a mutual expression of fun and affection. A lot of people are already there, more all the time. I think that idea can expand.

*"Jackie" comes up with a bunch of reasons she never formally accused anyone, but the fact remains, she never accused anyone, so it doesn't fit into the "false accusation" paradigm. If she was, in fact, making it up or exaggerating a real event, then her story actually fits a pattern that experts in sexual assault have discovered when it comes to false reporting. It's really uncommon, but when it does happen, the fake victim---who wants attention and sympathy, not trouble---often finds ways to avoid implicating real people.

**Though I don't think it's actually cynicism in a lot of cases. In a lot of cases, it's an attachment to our culture the way it is and an unwillingness to change disguised as a belief that change is not possible. That's because straight up saying you are happy with our culture the way it is, rape and all, makes you sound like the worst kind of asshole. But that's often what is lurking right under the objections to the idea that we can teach men not to rape.