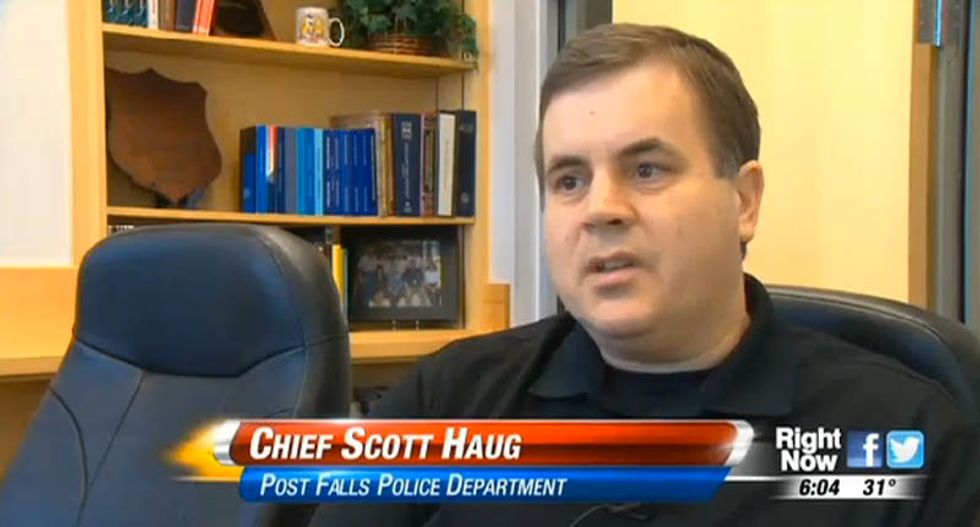 An Idaho prosecutor issued an arrest warrant for a 9-year-old accused of stealing a pack of gum after the boy failed to appear in court for the second time, reports KHQ.

Post Falls Chief of Police Scott Haug said he was very surprised when the warrant, issued by Kootenai County Prosecuting Attorney Barry McHugh, landed on his desk and he was tasked with arresting the boy.

"I was surprised that it had gotten to this level," said Haug who noted that the boy and his 15-year-old brother had failed to appear in court twice because the family had no way of getting them to the courthouse.

Haug pointed out that it wasn't uncommon for a shop owner to press charges for stealing, even for a pack of gum that can cost anywhere from 50 cents to $3.

The 9-year-old is current being held in a Juvenile Detention Center pending an appearance before a judge.

Prosecutor McHugh declined to comment on the case, citing the age of the defendant.

Watch the video below from KHQ: