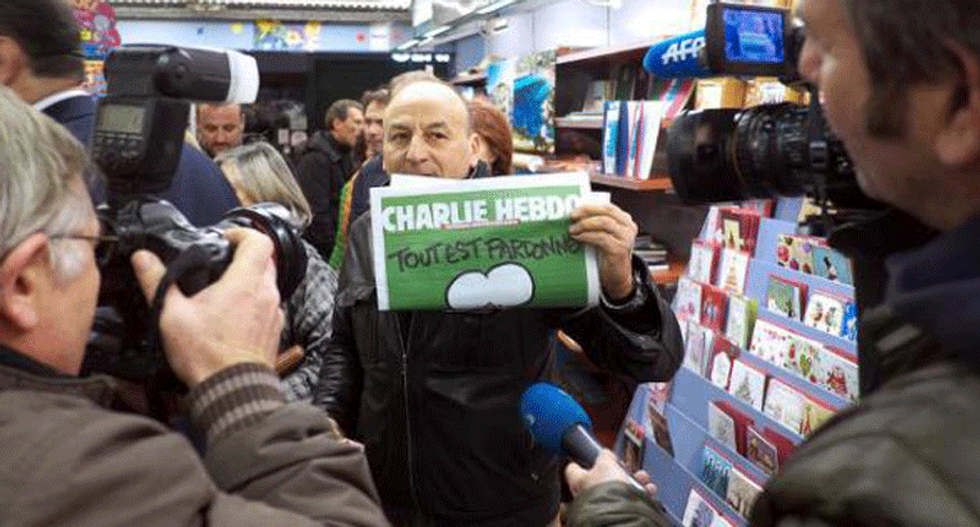 A man displays the latest edition of French satirical magazine Charlie Hebdo shortly after it went on sale in Marseille, on January 14, 2015 (AFP)

Iran condemned Wednesday the publication of a new cartoon of the Prophet Mohammed by the French satirical magazine Charlie Hebdo, saying it was "insulting" and "provocative".

The magazine cover "provokes the emotions of Muslims and hurts their feelings around the world, and could fan the flame of a vicious circle of extremism," said foreign ministry spokeswoman Marzieh Afkham.

The new issue of Charlie Hebdo follows an attack by Islamist gunmen last week at the magazine's office in Paris which killed 12 people.

Iran denounced the massacre the day it occurred and Afkham said Wednesday that such attacks "have no closeness or similarity to Islam" and are "in complete contradiction to Islamic teaching".

However she indicated that the new cartoon is "abuse of freedom of speech, which is common in the West these days".

Such publication "is not acceptable" and such "abuse should be prevented".

"Respecting the beliefs and values of followers of divine religions is an acceptable principle," she added.

In defiance of the militants who killed its staff, Charlie Hebdo's new edition has a cartoon of a tearful Mohammed on its front page holding a sign saying "Je suis Charlie" ("I am Charlie").

He is shown under the ambiguous title "All is forgiven." Cartoonist Renald "Luz" Luzier said he cried after drawing it.

Some followers of Islam feel any depiction of the prophet is sacrilege.