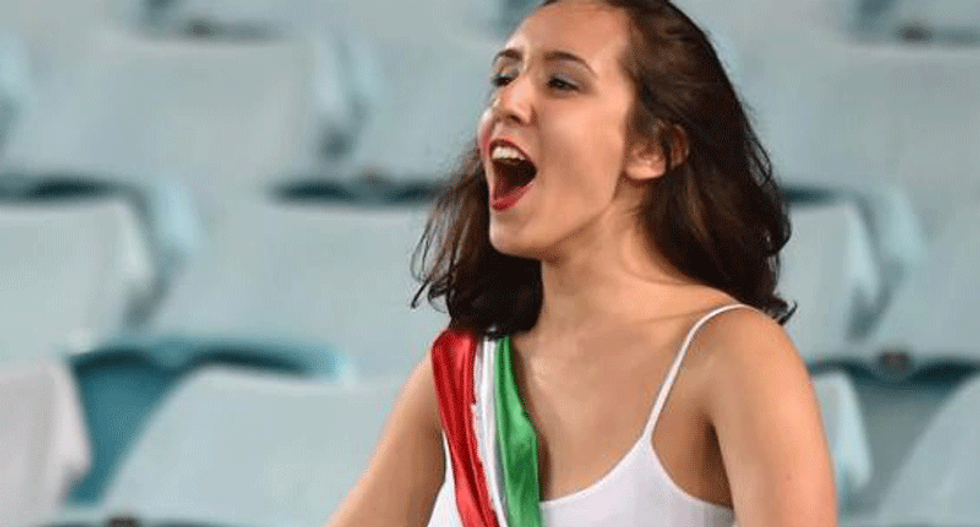 Iran's footballers have been warned they could face punishment if they take "selfie" pictures with female fans who have turned out in large numbers at the Asian Cup.

The head of the Iranian Football Federation's moral committee said players risked being used as a "political tool" if snapped with women fans.

Women are banned from attending men's sports events in the Islamic republic but they have flocked to see Iran's games at the Asian Cup in Australia.

Ali Akbar Mohamedzade, head of the moral committee of the Iranian Football Federation, issued the warning last week as photos of players with women fans circulated on social media.

"National team players should be aware that they won't be used as a political tool so that those who take pictures with them don't use these photos against the players," Iran's Shahrvand newspaper quoted him as saying.

"So according to this they should not take photos with everyone. If the players don't respect this, we will be obliged to take action."

No detail was given on what punishment the players might face. Enthusiastic male and female fans of Iran, many wearing the team shirt, have been a feature of the Asian Cup.

The scenes contrast with the situation in Iran, where women are banned from men's sports events on moral grounds.

Iran's Portuguese coach Carlos Queiroz has carefully steered clear of any controversy, giving a firm "no comment" when asked about the presence of women fans.

One female fan Tweeted pictures of goalkeeper Ali Reza Haghighi and midfielder Karim Ansari Fard posing with women, while another photo shows a woman holding an Iranian flag inscribed with a marriage proposal to Haghighi.

Three-time champions Iran are already through to the quarter-finals. Their games have been noisily supported with thousands of fans, some banging drugs and blowing trumpets.

"We are monitoring what is happening in Australia, we haven't sent any representative to Australia," Mohamedzade was quoted as saying.