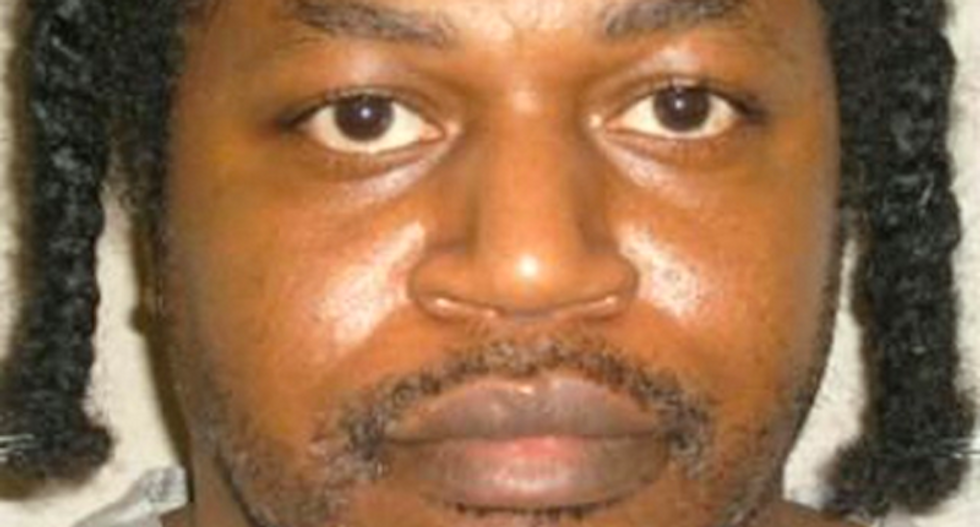 Oklahoma put to death convicted murderer and rapist Charles Warner on Thursday, its first execution since a faulty lethal injection last April sparked widespread criticism and led the state to draw up new protocols for its death chamber.

At nearly the same time, Florida executed Johnny Kormondy, 42, for the fatal 1993 shooting of Pensacola banker Gary McAdams and the rape of his wife, according to the state Department of Corrections.

Both executions had been delayed as the U.S. Supreme Court considered appeals concerning secrecy surrounding the source of the lethal injection cocktail and what is in the mix.

Warner, 47, said he was poked five times and was quoted as saying: "It feels like acid," as he lay on the Oklahoma death chamber gurney with IVs in his arms, a prisons spokesman said.

Lawyers for death row inmates said the sedative midazolam, used by both states in their lethal injection mix, could not achieve the level of unconsciousness required for surgery and was therefore unsuitable for executions.

Both states have said the drug is effective and their chemical combinations are appropriate.

In an unusually lengthy dissent in the Oklahoma case, Justice Sonia Sotomayor said a stay was in order to examine an increasing reliance on new and scientifically untested methods of execution.

"Petitioners have committed horrific crimes, and should be punished. But the Eighth Amendment guarantees that no one should be subjected to an execution that causes searing, unnecessary pain before death," Sotomayor wrote in the dissent joined by three other justices.

Last April, Oklahoma death row inmate Clayton Lockett, who received midazolam, was seen by witnesses twisting on the death row gurney after troubles with the IV caused the lethal injection mix to be improperly administered.

Officials halted the execution about 15 minutes after it began, but Lockett died about a half hour later from toxic chemicals that accumulated in his tissue.

The inmate executed in Florida, Kormondy, has spent almost half of his life on death row. He was convicted in the killing of McAdams and rape of his wife when the couple came home from her 20th high school reunion on July 11, 1993.

His execution was the 21st carried out under Gov. Rick Scott, trying the mark set under former Gov. Jeb Bush. Bush served eight years, while Scott, a fellow Republican, is starting his second four-year term in office.