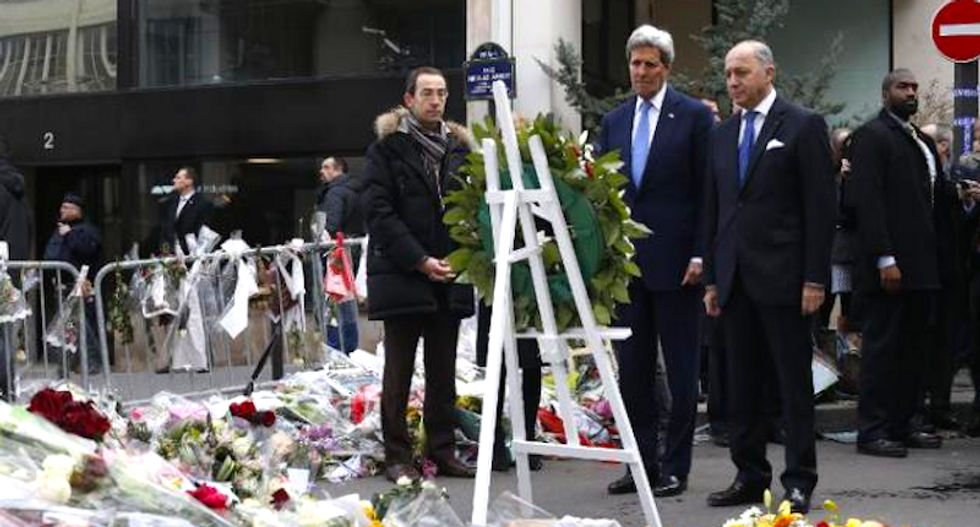 U.S. Secretary of State John Kerry (C) and French Foreign Affairs minister Laurent Fabius pay tribute to those killed in the attack on Charlie Hebdo, on January 16, 2015 outside the magazine's office (AFP)

French Foreign Minister Laurent Fabius said Friday that U.S. Secretary of State John Kerry had "apologized" for not attending a massive rally in Paris after a spate of Islamist attacks, alongside other world leaders.