Kentucky two-year-old killed by train while walking his dog 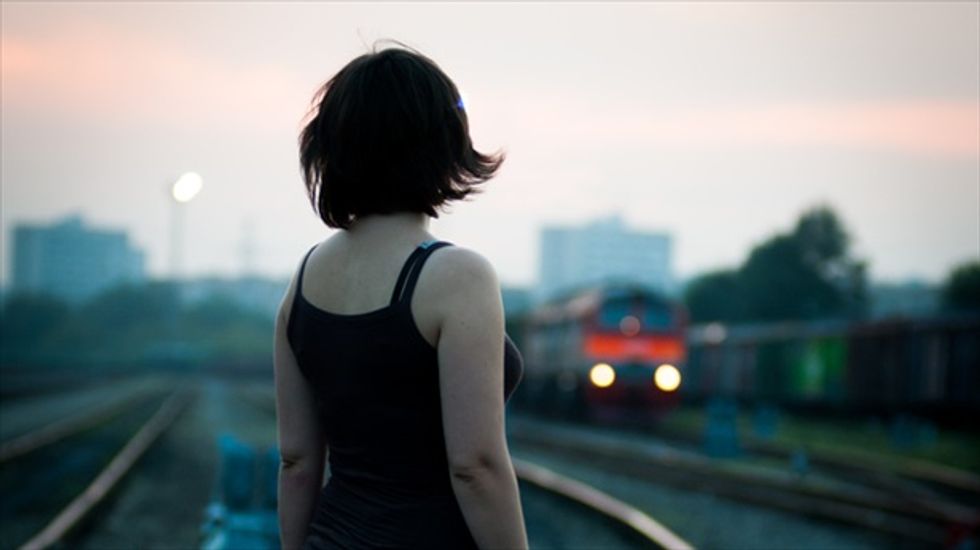 'The Girl on the Rail, waiting for the train' [Shutterstock] http://tinyurl.com/nvvgvx8

A two-year-old boy was struck and killed by a train on Monday while he was walking with a dog along railroad tracks in southwestern Kentucky, police said.

The boy, identified as Trayton Joiner by the Christian County coroner's office, was taken by ambulance to a local hospital, where he died, said Hopkinsville Police Sergeant Martin Lopez. Hopkinsville is about 70 miles northwest of Nashville, Tenn.

Hopkinsville Police spokesman Paul Ray told WKDZ radio station that the train engineer saw the dog first, and then the child with the dog, but was unable to stop in time.

“It’s a tragic situation and our sympathies are with the family involved,” said Doolittle.

The dog, a female pit-bull mix, was also struck and was taken to Skyline Animal Clinic in Hopkinsville. She was expected to survive, according to clinic staff.

Lopez said officers located the child’s mother, and the investigation is continuing.

(Reporting by Tim Ghianni in Nashville; Editing by Mary Wisniewski and Diane Craft)