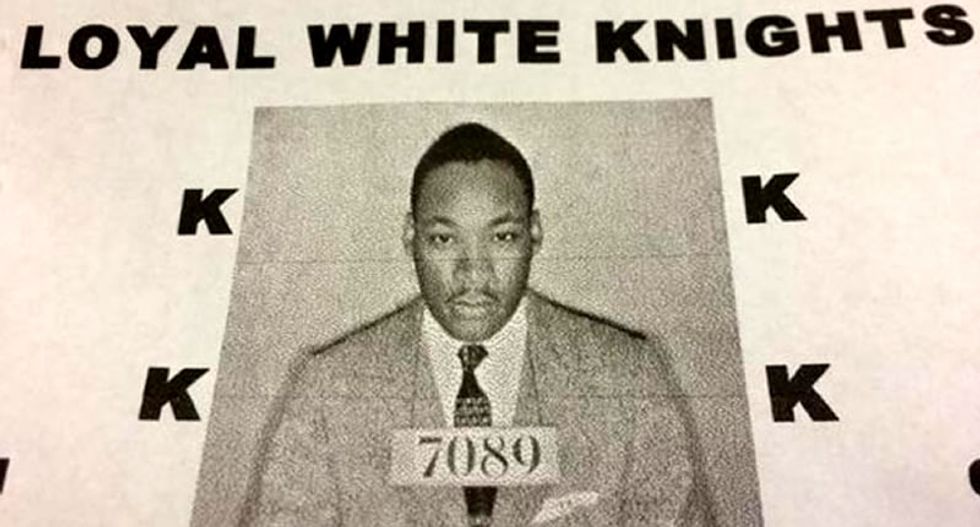 Flyers containing the famous mugshot of Martin Luther King Jr. were found littered in the Manchester neighborhood outside of Pittsburgh, Pennsylvania this morning, WPXI reports.

A reporter from WPXI claims to have found more than a dozen flyers claiming to be from the Loyal White Knights of the Ku Klux Klan on Pennsylvania Avenue.

One man who spoke to WPXI, but did not wish to be identified, said that "they are obviously trying to incite somebody -- it’s Martin Luther King Day. This is a national holiday. There is absolutely no reason that those things need to be passed out."

Flyers of this sort have been appearing all over the country in recent years, but rarely are they specifically targeted to coincide with a national holiday.

The Klan has been attempting to make inroads into Pennsylvania communities -- as when members formed a de facto neighborhood watch in Fairview Township and assured residents that they "can sleep tonight knowing that the Klan is awake!"

Watch a report on the flyers below via WPXI.