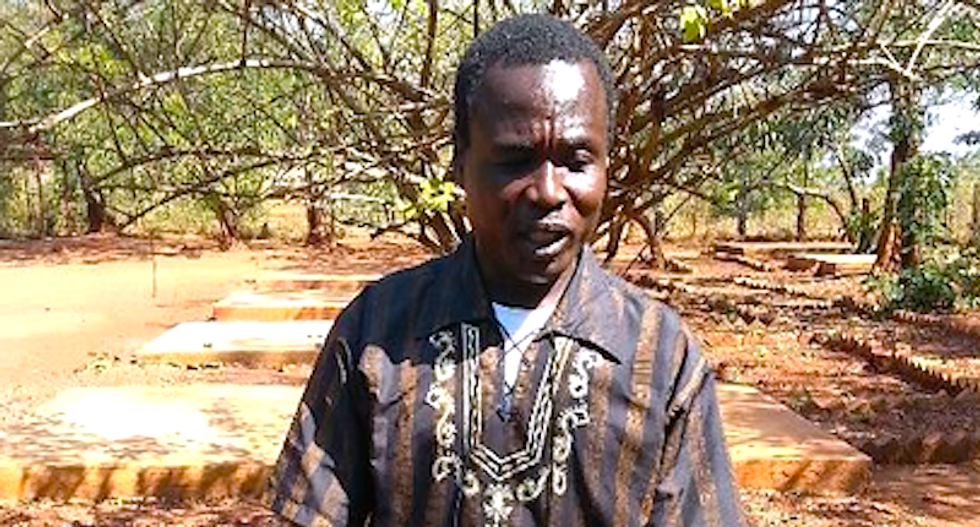 A Ugandan commander of the notorious Lord's Resistance Army arrived at the International Criminal Court in The Hague on Wednesday to face war crimes charges.

His detention means the world is "one step closer to ending the LRA's reign of terror in the African Great Lakes region," the court's chief prosecutor Fatou Bensouda said.

Dominic Ongwen was brought to the court following his surrender to U.S. special forces in the Central African Republic earlier this month.

Ongwen is one of the main leaders of the Uganda rebels, who are accused of killing more than 100,000 people and abducting some 60,000 children in a bloody rebellion that started in 1987.

He gave himself up after being wanted for nearly a decade for crimes against humanity, with the United States offering a $5 million (4.3 million euros) reward for his capture.

Ongwen will be given a medical check-up ahead of an initial appearance before judges to be held "as soon as possible", the court said.

During the initial hearing Ongwen must confirm his identity and decide which language will be used during the proceedings.

Ongwen was a senior aide to LRA leader and warlord Joseph Kony, who is still at large and being pursued by regional troops and US special forces.

Ongwen's surrender dealt a major blow to the LRA's three-decade campaign across several central African nations. He has been sought by the ICC to face charges that also include murder, enslavement, inhumane acts and directing attacks against civilians.

The former child soldier-turned-warlord gave himself up to US troops in CAR, and was then handed over to Uganda's army, then to African Union troops and finally to the CAR's government, according to Ugandan officials, before being flown to the Netherlands.

Both the UN Security Council and human rights groups have hailed Ongwen's arrest.

The UN said it was a "positive step for international criminal justice and for the fight against impunity for the perpetrators of the most serious crimes ... as well as towards efforts to address the threat posed by the LRA."

Ongwen was abducted by the LRA at the age of 10 and turned into a child soldier, before rising through the ranks to become one of its top commanders.

"Judicial proceedings against Ongwen raise important questions relating to his status as a child soldier, though the crimes he is charged with were committed as an adult," said Daniel Bekele, Human Rights Watch's Africa director.

"He was denied parental care and has spent his formative years under control of adults who used violence and extreme brutality as a form of discipline and punishment," Bekele said in a statement.

"These are mitigating factors that should be considered during a possible sentencing in the event of a trial and conviction, and could be relevant to his defense."

Over the years the LRA has moved across the porous borders of the region: it shifted from Uganda to sow terror in southern Sudan before again moving to northeastern Democratic Republic of Congo, and finally crossing into southeastern CAR in March 2008.

Combining religious mysticism with an astute guerrilla mind and bloodthirsty ruthlessness, Kony has turned scores of young girls into his personal sex slaves while claiming to be fighting to impose the Bible's Ten Commandments.

Known as the "White Ant," Ongwen commanded troops who excelled in punishment raids, which involved slicing off the lips and ears of victims as grim calling cards.